Over the years, Party Favorz has compiled some of the most epic and classic Pride and Gay Anthems sets ever made. I’ve tinkered with several of them by adding in a song here and there that I forgot but ultimately, it becomes less cohesive than I want it to be.

In my 10th year (and possibly the last), I wanted to go back and revisit these sets and re-work them with some overlooked gems that never made the originals. I’ll be pulling from ALL of the various sets from the 80’s, 90’s and millennium to be inclusive as possible. Additionally, everything will be remastered according to today’s standards set forth by iTunes so playback on a multitude of devices is guaranteed to have the highest possible sound quality. Heck, I even commissioned my good friend Freddy Greene of Digital Visions to create a mastered edit to the 80’s classic “Stormy Weather” by the late Viola Wills. So I fully expect to cover all of my bases.

I also plan on releasing a new 2017 Gay Anthems for a New Generation set by the end of the month. The popularity of the original has far exceeded my expectations and continued to land in the Top 20 downloads month over month.

The website has been fully updated and incorrect subscription links to iTunes and Google Play for the category sections have all been corrected. I’ve added playlist players for each category and the main site on the front page. I had to manually update over 700+ episodes with their respective artwork because it wasn’t pulling it from the one that was embedded in each file. Though, technically it should but I digress. I’ve had a lot of issues with Blubrry (my podcast host) and their newer player since last year. The feed does not update properly so I had to install an older version to get it to work. I’ve tried patiently working with them to resolve the issue but it just seems to go over their heads. Hopefully, they’ll get it figured out. At $80 a month, I expect a little more cooperation than I’ve been getting on this single issue. Otherwise, everything with their service is great if not a bit pricey.

Which leads me to another issue. From April to now, I’ve received over $3,000 in $10 donations that appear as “pending” in my system but then later switch to “abandoned,” meaning the transaction does not go through. I’ve tested (sandboxed) the entire donation process from top to bottom and it works as it should. The developer of the plugin suggests that from their end, everything is fine.

So, I’ve sent several samples to PayPal to figure out what the hell is going on. I’m hoping to hear back from them soon. It could just be another plugin generating false positives or conflicting with my donations plugin but it has everything from a transaction number to an email address associated with an active user. If you have a verified $10 donation that shows your bank was charged between mid-April to now; please send me an email to support at partyfavorz.com. That will help in trying to resolve this issue.

To be certain, I’ve received a variety of donations from other folks in other denominations. Thank you to Benjamin W. for your $75 donation. Folks, I really need some help to cover these costs on a monthly basis; so if you haven’t donated anything towards the cause, please consider making one in ANY amount that you’re comfortable with. I’m working on implementing a recurring $1 monthly donation option now and will notify everyone once it’s in place.

One last thing; If you have subscribed to Party Favorz via email using Feedburner (a byproduct of Google) I will be cancelling it shortly. The current options for subscribing by email or otherwise can be found here: https://partyfavorz.com/subscribe-to-podcast/ Unfortunately, I am not able to import that list to newer service by Blubrry, so you will need to go in and sign up yourself.

That’s all I got for today (and it was a lot). I should start rolling out the ultimate Pride Classics and Gay Anthems by the end of next week. Until then…ENJOY! 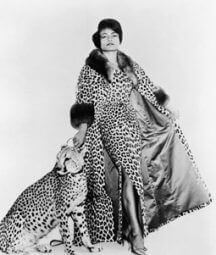 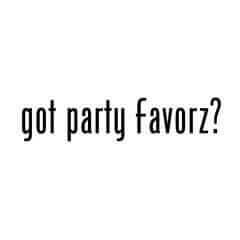 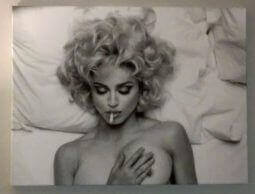 On the eve of posting one of the most MOMENTOUS Madonna birthday celebrations I’ve ever created, I thought now would be a good …Read More, Stream and Download

I had been promising to take some time off from Party Favorz since May and it just never happened. I decided to …Read More, Stream and Download