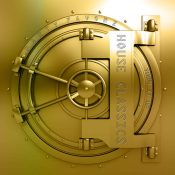 What exactly constitutes a “house classic?”  For that matter, what makes any song a classic?  Generally, we think songs that were so huge back in the day and had universal appeal are classics.  Sure, they are but what about a song that was regional or only received minor play but for some reason or another hit all the right notes for you personally?  What if it was a song that your local DJ spun but nationally most didn’t pick it up because it didn’t show up on the Billboard Dance chart or wasn’t playing on the radio?  If we only recognize those songs that were “hits” and ignore those that didn’t amass a large audience, we would be ignoring a very important history of dance music and frankly music in general.

Case in point; take Studio 54 vs. Paradise Garage back in the heydays of disco, say New York circa 1979.  The first was for an elite crowd and generally catered to the more commercial aspect of disco, while the latter was for everyone else and catered to the smaller fringe side of disco as made popular by Larry Levan.  I’m not going to go into the whole history, but both were equally important.  Commercial disco (i.e. charts and radio) will be the general remembrance for most folks; but for people who dig into the history of disco, you can’t overlook a lot of these lesser-known songs, which frankly are sampled and creep into the songs we listen to today.

The Millennial House Classic series, as well as the previous 90’s house classic series I put out, are a combination of both the big and the small tracks that played a major role in helping shape the music we listen to today.  Let’s face it, Duke Dumont may be doing something entirely different if it wasn’t for 90’s house music, which is clearly an inspiration for his work.

Over the course of this series, you will hear songs that don’t necessarily fit into the “classic house” category you may be accustomed to.  The first ten years of the Millennium were an evolution for dance music.  As technology became more accessible and the ability to easily and affordably create your own music, DJ’s and producers began to draw not just on 90’s house, but 80’s new wave and 70’s disco (much of it sampled from very obscure songs most folks had never heard before).  In fact, that trend had already started in the 90’s but picked up steam over the years and doesn’t look like it’s going to stop.

For me, the house music and BackSpin series are a labor of love.  If I can put a smile on somebody’s face, then I’ve done my job.  By no means are they complete, that would be impossible.  Hopefully, they provide listeners with good memories and even an education for those looking to source samples and sounds for their current projects.  In short, I just love doing this shit!

I’ve got four more of these set to go, which I’ll spread out over the coming month or so.  For now, TURN IT UP and ENJOY! 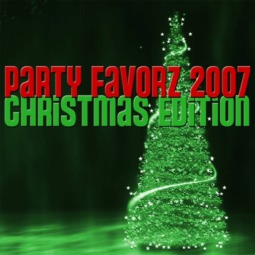 I decided I wanted the Party Favorz site to match the residence, so I went ahead and decorated it on both fronts.  …Read More, Stream and Download

Party Favorz is finally back with our final entry into the 80’s Dance series. The Essential 80’s Dance Mix culminates the biggest …Read More, Stream and Download