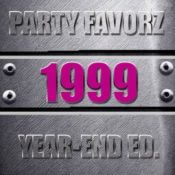 All I can say is that this has been an uneventful day.  Rick and I headed out to South East Atlanta to …Read More, Stream and Download

We have come to the end of the Year in Dance, featuring the biggest dance hits of 2016. I hope everyone has …Read More, Stream and Download

By the end of 1999, things started to unravel for me. I lost one of my best friends from high school to …Read More, Stream and Download