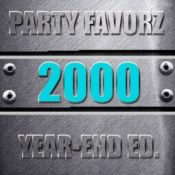 By the end of 1999, things started to unravel for me. I lost one of my best friends from high school to colon cancer (yes it even happens to young guys), another to AIDS and another one committed suicide on New Year’s Eve. Two weeks into the new year, my father had a stroke and I had requested some time off from work to help out in the family business. They denied my request, so I resigned. Talk about a mistake. I was a supervisor for DirecTV and was up for area manager. I could have probably had my own center in a year. My position was that this was family and my father is like my best friend. However, I probably wouldn’t do that again since good jobs were hard to come by and I should have worked something else out.

Also for the first time in my life, I fell in love. I know this because I have never been a jealous person. That is until some fat fuck comes up to me in the bar to let me know my boyfriend poked him on top of his pinball machine. Pete (my first real love) was a typical bachelor going to college, clerking at a law firm and always wanted a pinball machine; so that was his first big purchase despite lacking anything else in his apartment. He was dark, tall, thin and handsome in a geeky kind of way. We both shared the same birthday and I completely adored him. As you can probably guess, that relationship ended, but not until I sent him a very cruel email at his work address. Generally, I am not a vindictive person, but I was so consumed with jealousy and rage, I guess I wasn’t thinking straight. The drugs didn’t help either, but that’s a story that best be left alone. I had bought him a really nice leather coat for Christmas, the kind that looks like a blazer which I ended up throwing in the garbage can after running into him at a Christmas party. David (another story that will receive a mention in my next Classix Edition), a useless friend at the time retrieved it from the dumpster out back and kept it for himself. Thankfully, I later had the opportunity to sit and talk with Pete and offer up a sincere apology. It was necessary because I had hit him where I knew it would hurt. He told me he had only cried once in his life (when his mother passed away); that is until he got that email. While we never became close friends, we were at least friendly afterward. It was funny because David was wearing the jacket that evening and Pete commented how nice it was. I told him it was HIS Christmas present that ended up in the dumpster. We both had a good laugh. I sometimes think about him and wonder what he’s up to. I wish him the very best and hope he gets everything he wants out of life.

Three songs on this first mix fully represent me in 2000; EBTG’s “Temperamental”, Alice Deejay’s “Better Off Alone” and Angelmoon’s “He’s All I Want”. I began to regret every introducing the latter song into the club, as it was the #1 request for well over a year. Talk about torturing myself…LOL

-Angelmoon “He’s All I Want”

This temperamental side,
The one you say that you can’t hide.
D’ you ever see yourself –
The way it looks to someone else?
Do I just waste my time?
You pour your heart on mine.
You think it screws you up.
Forgive me if I don’t wait up.

I don’t get what you’re trying to say –
What is wrong and what’s okay.
You beat yourself up one more time.
You trample on this heart of mine.

-Everything But The Girl “Temperamental”

Yeah, 2000 was definitely a roller coaster year for me, full of lessons lived and learned. The only kind that can be understood by making regrettable mistakes never to be repeated again. Unfortunately, I had to hit rock bottom first; and that didn’t happen until 2001. So the story will continue sometime next year when I get around to the next Classix Edition. Don’t worry, I promise not to tell all and make everyone all weepy-eyed like I am right now. After all, this is supposed to be a happy post dammit!

So as we take another stroll down memory lane, ask yourself what you were doing in 2000. Hopefully, it was all good or at least better than me…LOL, I hope you enjoy this as much as I did making it because the songs contained over these four mixes really bring back some great and painful memories all at once. Hey, you gotta take the good with bad, right? I’ll be staggering the remaining volumes over the course of the next several days. Until my next post…ENJOY!

3. I Learned From The Best (HQ2 Club Mix) – Whitney Houston

7. Temperamental (Ralphi Rosario Remix) – Everything But The Girl

The opening song has been updated to the fantastic Need Your Lovin’ by Mathieu Koss, which heavily samples the early 80’s one hit …Read More, Stream and Download

The Year-End Edition v2 is part of a four-set compilation featuring the biggest dance songs of 2010.  Unfortunately, the original post associated …Read More, Stream and Download

Pushing forward with the second set in the year-end recap I tried to mix it up a bit. Starting with the somber …Read More, Stream and Download 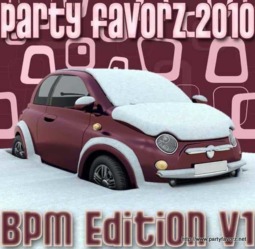 Pushing out the third installment of the BPM 2010 v1, I’m gonna take a leap and say this set will get your …Read More, Stream and Download