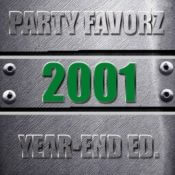 I want to apologize for spamming everybody yesterday.  It had come to my attention that the link to my iTunes page was no longer working and so I was going back to fix it in each post for the year when I realized that for whatever reason Blogger was treating each of these as new posts as opposed to just updating the original.  So, what I’ve decided to do is just put a link to my iTunes page on the far right-hand column where you can subscribe via the service or any method you prefer.  Whether it be email, RSS or iTunes, all of your options for subscribing are now available in one place.  I’ll try to make sure that doesn’t happen again.  Now that I’ve cleared that up, I want to ask a small favor from everyone here that uses iTunes.  Would you be so kind as to click on this link and make a comment on my iTunes page (hopefully a nice one).  I figured that if I could get my comments up, I could get featured on their podcast page and just maybe get my subscriptions up.  If you would do that, I would be so grateful.

As we move into the second installment, I do want to point out that some of the mixes I used are old vinyl rips.  Back in the day, not everything could be purchased as a CD single and even in some of those cases, the CD single contained a vinyl rip that had not been remastered.  One song that always annoyed me was also one of my favorites of the year, “Touch Me” by Rui Da Silva.  You can now buy it through Beatport, but alas, that’s still the original vinyl rip that I remember from back in the day.  Another favorite that comes to mind was the Goldtrix tune “It’s Love (Trippin)” a couple of years later.  I’m generally very good at remastering vinyl to a clean state, but some of the older songs are damn near impossible.  I only bring this up because the fidelity on the first two songs of this mix has been remastered to the best of my ability but still lack the fidelity of their counterparts.  Not that it’s bad, but you take what you can get.  For the most part, the overall majority of the songs in this and the upcoming sets are original CD rips that have overall better fidelity.  Ultimately, I don’t think anyone is going to be bothered because at the end of the day it’s all about the music…right?

This mix is jam packed with #1s and other assorted massive club tracks from the year.  Okay, they all are but songs like the Jessica Folker anthem “To Be Able To Love” or the Madison Avenue follow-up to previous year’s “Don’t Call Me Baby” and even Stevie Nicks “Planets of the Universe” just flat out rocked the floor.  Another personal favorite here is Nelly Furtado’s “Turn Out the Light”.  I used to do my little boxer moves every time she sang the chorus:

Pretty soon, I had everyone copying my moves during the song…LOL.  Finally, we have the return of Miss “I Will Survive” Gloria Gaynor and her “Just Keep Thinking About You” that was appropriately given some Almighty justice.  Just wait until the next year when she releases a new album with the Hex Hector produced anthem “I Never Knew” which went on to become one the biggest gay anthems of 2002.  Survive, she certainly did; but honey don’t you think it’s time for something new?  Don’t be pulling a Donna on us and make us wait 10 years before we hear from you again.

That’s all I got for today.  I’m going to try to get take 3 out tomorrow, but I’ve got a lot going on so that may have to wait until Friday.  Nevertheless, I’ll do my best.  Until then…enjoy!

9. Who The Hell Are You (Illicit Mix) – Madison Avenue 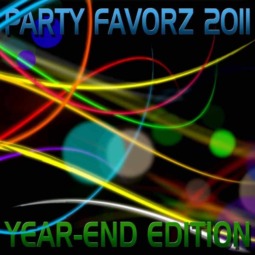 Welcome to the 5th annual Year-end Edition or as I like to call them “musical time capsules” that represent the very …Read More, Stream and Download 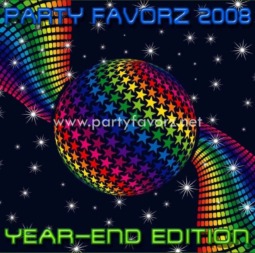 2008 was an unprecedented year for politics.  The first serious black (Obama) and female (Clinton) candidates for President duked it out in …Read More, Stream and Download 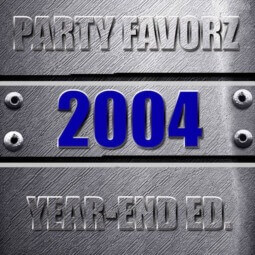 Volume 2 of the 2004 Year-End Edition featuring some of the best dance songs of the year. Album : Year-end Edition 2004 …Read More, Stream and Download 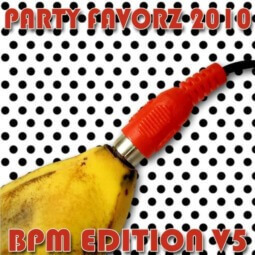