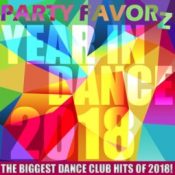 Welcome to the 2018 Year in Dance featuring the biggest Dance Club hits of the year! For those new around here, the Year in Dance is a collection of the biggest commercial dance hits from across multiple spectrums from the past year.

Party Favorz compiles the tracks based on Billboard’s Year-End Charts for Dance Club Songs, Hot Dance/Electronic Songs, and remixed tracks from the Hot 100 Songs that never chart on the latter, along with my own personal favorites released during the year. I used to use Beatport charts, but it appears they no longer culminate their top tracks of the year.

To be perfectly honest, 2018 was not the best year for dance music. Look no further than the fact that at least a quarter of the top hits peaked in 2017 and were included in last year’s compilation. It’s normal for a few tracks to be so huge that they carry over into the next year and end up in the final year tally, but this year is crazy. “Something Just Like This” by The Chainsmokers & Coldplay, “Silence” by Marshmello featuring Khalid, “It Ain’t Me” by Kygo x Selena Gomez are just a few examples that reappear on the year-end charts. There are many more.

This alone tells me that a lot of the newer releases aren’t that strong and frankly rely on trends that have become stale. In 2015, it was all about Deep House, which morphed into Future House and big anthems, which are still around but not near as popular anymore. Right now, it’s all about Moonbatan, which is the slow rolling beats popularized in Latinx music or Tex-Mex that’s been around for generations. In fact, Selena was the one that took it mainstream back in the ’80s before her untimely death.

Then there’s Reggaeton, which is inherently commercialized Reggae, which has been around probably since the ’60s before becoming more mainstream in the ’70s and ’80s.

Finally, there is Trap which as far as I’m concerned has worn out its welcome. It’s a combination of all of the above — talk about cultural appropriation. Folks, it’s time to move on. I just don’t see what’s on the horizon, which I predict with great certainty. That does not leave me with a lot of confidence leading into the new year.

While I’m at it, Billboard really needs to do something about their charts. When Drake releases his entire over-indulgent album and has them all charting as individual singles mucking up the whole list, there’s a problem. A lot of this has to do with Spotify and other streaming services as they now count towards a song’s chart position, and it’s being abused. Same goes with the Hot Dance/Electronic Songs chart which must have had about ten different Chainsmokers tracks on it at one point this year; most of which failed miserably.

While it’s still solid in the underground scene, it’s time for Disco (NuDisco) and Funk to make a comeback. Given that we live in an uncertain world and the most powerful man’s daily non-sensical, self-serving, lying tweets send economies into a death spiral — I can’t think of a better time for these genres to make a comeback. We need to feel good, forget our troubles, have a good time; most importantly, we need to be HAPPY.

In the next post, I’ll discuss the Spotifying of dance music, and then in the final one, I’ll talk about the DJs/Producers/Remixers, and where we go from here. Right now, sit back and enjoy the best that 2018 had to offer.

This podcast has been updated to include Maroon 5 feat. Cardi B – Girls Like You (Charlie Lane Remix).

1. Gryffin – Nobody Compares To You (BUNT Remix)

16. The Weeknd & Kendrick Lamar – Pray For Me (Charlie Lane Remix)

23. Niall Horan – Too Much To Ask (TRU Concept Extended Mix)

25. The Chainsmokers & Coldplay – Something Just Like This (Stash Konig Remix)

34. Keala Settle – This Is Me (Dave Aude Extended) 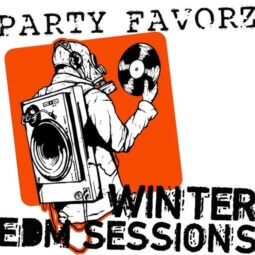 Holy Cow! Dance Club music is FINALLY transitioning back to its original purpose with some of the most fantastic tracks pouring out. …Read More, Stream and Download

Party Favorz is back with a mid-week dump that’s bound to fuel your parties through summer. The annual Catch-Up series features the …Read More, Stream and Download

The 1999 Year-End Edition has been updated, re-worked with two additional tracks from when it was originally released. 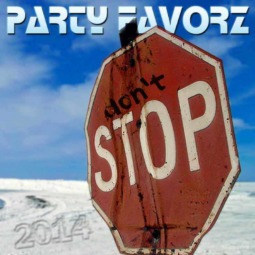 As promised, I’m sending up the first EDM set of 2014 aptly titled Don’t Stop the counterpart to the same set at …Read More, Stream and Download