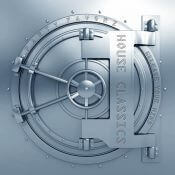 Party Favorz is back with the third installment of the Millennial House Classics series.  “Release Your Mind” delves into the seriously straight house hits from the first ten years, which includes Agnes’s global hit “Release Me” from the end of the first decade and signaled a shift in direction for house music, all the while propelling the career of dance production team Cahill.

To put things in perspective as to how much our musical landscape has changed in the last eight years, Tower Records and Hastings were the last two dinosaurs of the mammoth music chains that had a stranglehold in this country.  Anyone remember Musicland or Goodies?  How about Best Buy carrying CDs?  I thought not.

The first half of the millennium saw the wider acceptance of compressed music in the MP3 format and even the growing popularity of the MP3 portable player.  There was a massive growth in hi-speed internet (though nowhere near today’s levels) and even though folks were still plugging away on their AOL 56k connections, file-sharing startups like Napster, WinMX, Bearshare, and Limewire put the entire industry in a tizzy.  These services precipitated the demise of the record store chains and put a massive dent in the recording industry as a whole, while they resisted any change in their business model.

During that same time, Steve Jobs came to the rescue (with what should have been Sony’s job in the Walkman category) and gave us the iPod and it’s corresponding music service iTunes.  You also had legal startup dance music download services like Xpressbeats, DJdownload, Masterbeat, Beatport, Traxsource and JunoDownload during this same period.  It appeared, iTunes would trounce everybody but the last three have not only survived to this day but gone on to thrive as successful business’ catering to a niche market that even the major labels are no longer overlooking.

The UK’s Ministry of Sound and Hed Kandi have a strong presence in this series, but even they are shells of their former selves as the US-based Ultra Records has supplanted them in the independent dance category.  Expect them to broaden their wings more into mainstream rock and pop as time goes on.  The only name-drop I want to remind them of is “Casablanca” … enough said.

In the same eight-year period, we have gone from professionally produced dance and pop music to computer created songs by folks as young as 12 years old on their Mac in the quiet space of their bedroom.  It’s almost unfathomable how much technology and the internet has changed the music industry; especially dance music or as some have now coined it “EDM.”  It truly makes you wonder what the next eight years will bring.

What I do know is that Apple has stopped manufacturing the iPod and MP3 players are nowhere to be found.  Thanks to the iPhone and Android devices, we can now carry our entire music collection in our pockets or we can store and stream that music from some imaginary place called “the cloud,” get on the internet, text, talk, take pictures, order take out and hail a cab right from our own personal portable mini-computer.

Thank you, Steve Jobs and Napster for taking the “Shackles” off … I just want to “praise you.”

Thank God It’s Disco volume 2 has been expanded with 5 additional tracks for your listening pleasure. Party Favorz is bringing back the …Read More, Stream and Download

Party Favorz is back with volume 2 of the Junior Vasquez Legacy edition and this one is an eye-watering, earth-shattering, ground-moving MONSTER! …Read More, Stream and Download

I ended up powering through my birthday yesterday to get volume 4 of the Essential 80’s Dance Mix complete and then went …Read More, Stream and Download