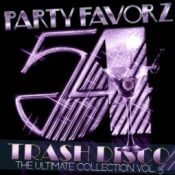 There are many accounts about the rise of Disco bubbling up from as late as the 60’s. Frankly, I won’t go back that far because it really wasn’t on people’s radar until around 1973-74. Many soul artists were picking up on the faster rhythmic beats and had massive success with songs like “Armed and Extremely Dangerous” by First Choice, “The Love I Lost” by Harold Melvin & the Bluenotes, “You’re The First, the Last, My Everything” by Barry White, “Doctor’s Orders” by Carol Douglas, “Get Dancin'” by Disco Tex and the Sex-O-Lettes, “Rock Your Baby” by George McCrae, “Never Can Say Goodbye” by Gloria Gaynor, “Rock the Boat” by The Hues Corporation, and many more.

By 1975-76, the disco sound moved from the underground clubs and minor radio hits to mainstream radio and number one hits like “Can’t Get Enough of Your Love, Babe” by Barry White, “The Hustle” by Van McCoy & The Soul City Orchestra, “Love To Love You, Baby” by Donna Summer, “Movin'” by Brass Construction, “Brazil” by The Ritchie Family, “You Sexy Thing” by Hot Chocolate, “Play That Funky Music” by Wild Cherry, and even “Fame” by David Bowie.

By 1977, all bets were off and Disco had made the final leap from the underground to mainstream domination and it only got more popular from there for the rest of the 70’s into the early 80’s before the backlash began.

The first 12″ extended play single goes to “Love To Love You, Baby” by Donna Summer. After Giorgio Moroder had played the single at a party, people began requesting it over and over. He soon came to the notion of creating a much longer version that people could enjoy in the clubs, which gave birth to 15 minutes of orgasmic perfection with Donna’s sultry vocals. Technically, there were other earlier long plays but this track is wildly credited for making them more mainstream.

If you lived in New York, Studio 54 was the place to be for anybody that was somebody. All the “A” list stars showed up to see and be seen. Grace Jones, Cher, Debbie Harry and many more were regular fixtures at the club. For those that couldn’t get into 54, Paradise Garage and The Loft were the go-to spots for the anything-goes openly gay experience and played many notable underground tracks that never made it to radio.

This era of the late 70’s and early 80’s is notable for its excesses. Drugs, open sex, and basically an anything-goes attitude, gave way to the AIDS epidemic of the early 80’s. You cannot exactly discount the connection between the two. Nevertheless, it was a time of carefree expression when people wanted to escape the realities of high inflation, high gas prices, and a staggering economy of the post-Nixon-Watergate era.

I’ve often dreamt about growing up during this period but even I admit to my own personal excesses during the 80’s and 90’s and would likely be dead today had I grown up during the disco revolution.

Regardless, you just can’t escape the amazing music that came out of this period, which is the basis for everything that has succeeded it. Whether it was House Music, NRG, Techno, Trance, and on down the line, Disco and all its glorious variants are what started it all and is the main reason it’s so heavily sampled in today’s music.

For all its lack of social values and hedonistic tendencies, I adore Disco. While I am a massive fan of ALL music for my many moods, Disco is the only one I always gravitate towards when I need a pick-me-up. It’s like a good friend that I can always rely on to make me happy.

I hope everyone is enjoying these sets as much as I am putting them all together for you. I’ve already got volume 6 in the can and then need to start working on the fast beats, which will likely be the final set. Since I’m running behind in my schedule, I’ll likely drop the next volume on Friday. Until then…ENJOY!

3. Gene Chandler – Get Down (Sanfrandisko Re-Rub)

17. Jean Carne – Was That All It Was (SanFranDisko Re-Edit)

23. Peoples Choice – Do It Any Way You Wanna (SanFranDisko Mix)

29. Sharon Redd – Can You Handle It (Digital Visions Re-Edit)

32. Patti LaBelle – Music Is My Way Of Life (Joey Negro Funk In The Music Mix)

Happy Friday everybody! Party Favorz is back with a multi-volume set of Hi-NRG gay anthems from the 80’s and 90’s that have …Read More, Stream and Download

I logged into work this morning only to be kicked out, which left me scratching my head. I went back and checked …Read More, Stream and Download

Well, I’m running a bit behind this morning. I went out for my usual morning Starbucks. Once I got back, the sun …Read More, Stream and Download