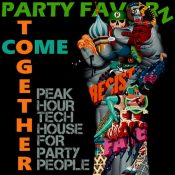 Party Favorz is back with our latest Peak Hour mix that’s bound to have many of you salivating. This set continually evolved until the right mix of tracks were released to meet the high standards this podcast strives for.

For the most part, Come Together leans heavily into Tech House with a generous side portion of dark House Music. We threw in a couple of dreamy Breaks tracks (Franky Wah’s “Come Together” and Sub Focus & Wilkinson’s “Just Hold On”) to open and close the set and added only one techno and progressive house song.

A LOT OF CLASSIC SONGS BEING SAMPLED

There are a litany of classic Disco, 90’s House and even pop songs that are sampled in this set. So many, that it would take forever to point them all out to you. Some, you’ll pick up straight away, while others will sound familiar but you can’t quite put your finger on them. No matter — it’s all good.

THE REMAKE OF A CLASSIC TRACK

Perhaps the biggest song of at the moment is the PAX remake of the Rui Da Silva (featuring Cassandra) early millennium classic “Touch Me.” It took awhile for me to really appreciate it as the vocals kept throwing me off. Cassandra had this distinctive rasp in her voice that really gave the original its deep, dark, and sexy appeal. In fact, the original was so well done that it would fit nicely in any set today and no one would none the wiser that its 20 years old.

However, the version on YouTube that has over 31 million views is considerably faster than the original, which ruins the whole song. So, I’ll show the PAX version since it’s still stellar and what’s included here: 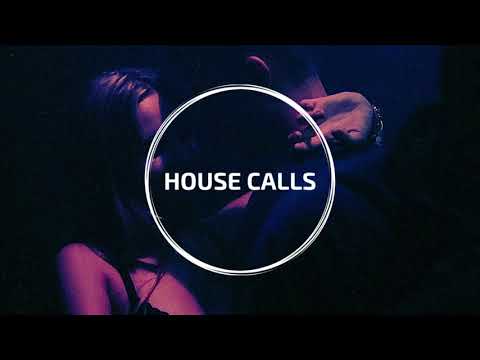 In short, I kept this set tight and mashed-up a lot of the transitions to keep the flow moving. That’s not really your concern but just know that this is one set that should keep the party moving until the next release.

Speaking of which, I think it’s time for some new Diva Hall of Fame inductees. There are a ton of new leading ladies that are making a name for themselves and some that should have been inducted awhile ago. Not sure how many I’ll get to and in what order but I’ve got some special ones y’all are gonna really like. Until the next time…ENJOY!

After the first take, I went back and dropped the slower-tempo tunes turning this into an all-out assault on the dancefloor. From start to finish, this set is tight, feels right and frankly, is a lot of fun.

And the music keeps rolling with our final Underground House set of the year. Once again, this newly minted set pulls from …Read More, Stream and Download

As promised, I’ve got the second installment of the Deep Edition v11 ready for delivery.  Whereas the first mix was tailor-made for …Read More, Stream and Download