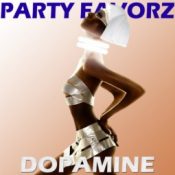 Anyone that goes to Beatport, Traxsource or even JunoDownload can easily glance at their Top 10 or 20 and preview what is “supposedly” the top-selling tracks overall or by genre.

Probably the worst offender here is Beatport who’s charts reflect nothing but utter shit leading me to believe that their charts, more than any other, are manipulated by the labels that release them.

I consistently see a bunch of repetitive droned-out garbage that wouldn’t catch the attention of a gnat much less an entire dancefloor perched at the peak. Sure, there are few gems that rightfully show up there but not many.

I probably spend more time digging through their new releases and archives trying to find the songs that are worthy of inclusion in one of my underground house sets. I don’t always get it right, but I know what I like and can easily gauge what followers of Party Favorz like as well; meaning, I am usually on-target with my picks.

When I’m coming up short, I’ll look beyond these services for dubs or alternate versions of popular songs which are catchy but stray so far from the original; you’d never know it was a particular song. I like those finds.

Dopamine is one of those sets. While still tech and house it does lean towards a more funky vibe that I tend to favor. I had a lot more songs than what’s represented here but cut the shit out of it to keep the vibe I was going for consistent throughout, while (hopefully) not losing your attention. I think I hit my mark.

There are flourishes of Latin house throughout this set, which is relevant given the recent revival of 60’s era Pete Rodriguez’ “I Like It Like That” which was re-worked into a number one club anthem in the 90’s by Blackout Allstars, and now by Cardi B whose “I Like It” has gone on to be the #1 song of the summer.

Overall, I’m pleased with this set though with stronger releases it could have been even better, but it literally takes hours to scour all of these services to find the right batch of songs for inclusion, which I don’t have.

Leaving it at that, if you enjoy what I’ve been playing in the underground series since Sweat On the Dancefloor or Push the Tempo, you’re gonna love this.

I may start working on a new batch of Happy House classics from the Millennium shortly, but we’ll see. Until then…ENJOY!

Moving along with Take 2 of this series, you’ll find this mix to be darker and moodier.  This probably won’t be for …Read More, Stream and Download

It’s been one heck of a week that had me running around like a chicken with my head cut off.  After having …Read More, Stream and Download

First of all, I want to make the iTunes folks aware that my new podcast address https://partyfavorz.podbean.com/feeds has now been accepted by iTunes …Read More, Stream and Download

The title “Feel It | Deep & Dark Tech House Sprinkled with Power House is exactly what this set claims to be. …Read More, Stream and Download