I decided to go ahead and drop this year’s HW18 early, which features the top Dance and Club hits that you’re already hearing or will soon.

In keeping with the changes I have been slowly implementing to keep things fresh, I’ve also thrown in some amazing tracks from small independent labels that do not have the resources to widely promote their artists. There truly is some great music being produced by these various labels and worthy of inclusion.

In addition, whenever I come across an old pop hit or dance track that’s been remixed for today’s floors, I like to throw those in as an added bonus. Australia’s Leo Frappier under the Division 4 moniker is quite possibly the best at this but there are definitely others. No point in mentioning the tracks; you’ll know them the minute you hear them, even if the title doesn’t match up.

You may have noticed ads popping up again in my podcasts. This is coming directly from Podbean and I just emailed them this morning demanding answers. Adding ads has always been an option for me but I chose not to because nobody listens to them, they provide a bad user experience, and frequently the ads have no added value to my followers. I’m really pretty pissed at the moment and waiting for whatever bullshit response they send back to me before I make any drastic decisions.

I’ve also gotten a couple of calls to add back the credit card option for processing payments. PayPal used to do this but it appears now they force you into having an account with them. To be honest, I recently got fucked so hard by PayPal, I’m going to have to take them to court. Sadly, as part of their user agreement, I will be forced into arbitration using their own arbitrators by whatever court I file with. It’s part of their user agreement that ALL companies are beginning to implement to prevent class action lawsuits.

PayPal first added up to $300 into my account that apparently, they were taking from my checking account without any notice. The issue is that my bank was refusing those withdrawals and had just performed a complete overhaul of their app and website requiring new more difficult passwords. I was locked out for over a month before this was straightened out. I assumed these were donations but they were not. Two weeks later, PayPal shows that the withdrawals were rejected by my bank showing a negative balance on my PayPal account.

Once I finally gained access to my bank account, I saw where PayPal was running these transactions day after day, sometimes twice in the same day. Needless to say, I was furious. I had to deposit $3,000 in account loaned to me by my mother to cover all my payments being rejected due to PayPal’s relentless and punitive attacks on my checking account.

Once straightened out, PayPal took out the balance from my account but it never showed up in PayPal nor in my online bank ledger, which is really good at showing pending transactions immediately, but for some reason never appeared. These transactions were not in my bank nor in PayPal. I sent the money to PayPal to cover the costs but not only had they already received the money but they got it again from me.

To this date, I have incurred over $1,200 in NSF charges on my checking account. After spending countless hours on the phone with them, they sent me an email stating that they do not refund NSF charges even when it’s clearly their fault. WHAT. THE. FUCK!

At this point, my checking account is in the hole and I’ll be skipping a car payment this month. I still use PayPal because my options are limited for donations. I’m working on re-adding the Give donation plugin I had used a couple of years ago that accepts PayPal and Stripe credit card payments as at least one of you had some issues with PayPal as well and refuses to use them. I fully understand.

Given my current situation, I could really use the help. Either the PayPal option or Stripe (which accepts credit cards) will be available to use on the site by tomorrow, which cost me another $79. I hope everyone can appreciate my predicament and I will do my best to recoup my losses from PayPal by paying the $50 fee to have my case heard in court. Since it’s considered small claims, I’ll be representing myself. I may even present it to Judge Judy to see if they will hear the case on national TV because I seriously doubt PayPal wants that kind of attention. Since there is a forced arbitration component, I’ll have to wait and see.

In the meantime, with no job prospects, I’ll continue to add new content to the site that I hope you enjoy. For now, have fun with the latest set of EDM, Dance and Club hits…until then next time…ENJOY! 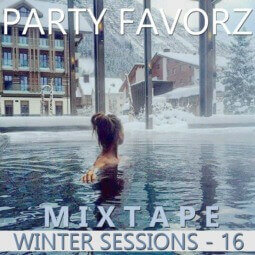 It’s been almost a year since the last Mixtape release; far too long if you ask me.  I thought I could forego …Read More, Stream and Download 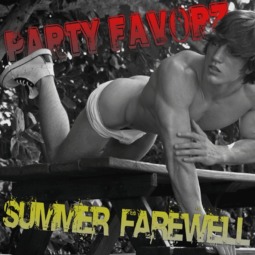 Party Favorz is back with Volume 2 of our annual non-stop mix  Year In Dance featuring the top Dance Club hits of …Read More, Stream and Download 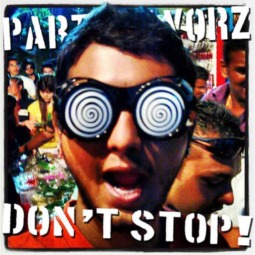