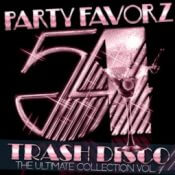 Well, I did it. I just knocked out one of my bucket list items that I’ve been wanting to do for a very long time. That is, creating a comprehensive collection of some of the finest Classic Disco Tracks of all time. Coming in at a whopping 222 tracks and 20h:31m:55s, The Ultimate Collection of Trash Disco is hardly comprehensive, but it comes damn close. Certainly, there are plenty more obscure tracks that DJs would insist on including but I did my best in picking the popular hits along with those tracks that are considered underground classics. I would have had to double the size to be that inclusive.

Take note that the Village People’s “Macho Man” did not make the cut — only because there are literally no edits of this song. It’s likely licensing issues but I can’t be for certain.

As previously mentioned, this final set is the one I was dreading most as it includes tracks with a considerably higher BPM count — which are the hardest ones to mix. There is a lot of heavy percussion in many of the songs — which posed a challenge when mixing. Most notably difficult are, Sylvester’s “(You Make Me Feel) Mighty Real” and France Joli’s “Come To Me.” There are multiple versions of Sylvester’s energy infused classic but the one I chose closes with the acapella over an oddly structured percussion. I can’t think of any song that would work well with it but Edwin Starr’s “H.A.P.P.Y. Radio” came the closest. If it sounds a bit off, it ain’t me.

The same can be said for Joli’s “Come To Me,” which has a heavy percussive drop. It would have mixed well with several songs in this mix, but I had to break somewhere to move in another direction starting with No More Tears (Enough Is Enough), which takes the mix in a more synthesized direction thereafter. It’s difficult to explain. Just know that I did my best and that overall — I am very happy with the set.

That being said, it’s time to move on to other things. I’ve got a special re-induction into the Diva Hall of Fame on tap and may try to work out one last X-Mas Dance Mix — even though I only have one new song (so far). From there, we move onto newer material before closing out the year.

I want to give a HUGE shoutout to Paul B., Patrick Z., and especially Anthony S. for their kind donations. Donations for all the hard work I put into your listening pleasure are ALWAYS welcome and certainly very much appreciated.

Party Favorz will start moving in a new direction this next week. Until then…ENJOY!

12. Machine – There But For The Grace Of God Go I (Digital Visions Re-Edit)

17. Bonnie Pointer – Heaven Must Have Sent You (Digital Visions Re-Edit) 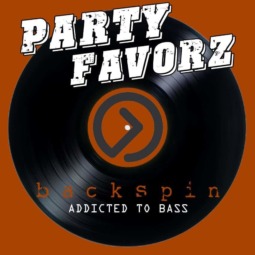 Party Favorz is back with the second half of the early millennial BackSpin throwback posted yesterday.   Addicted to Bass follows in the …Read More, Stream and Download

Keep On Jumpin’ is part of a seven set 90’s House Classics series I put out in 2010. It came at a …Read More, Stream and Download

And the 90’s House Classics just keep on rollin’! Surrender Yourself is chalk-full of classic house music favorites but also has what …Read More, Stream and Download 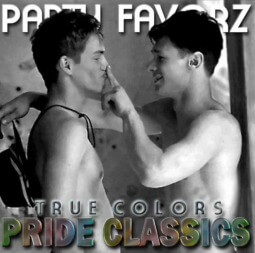