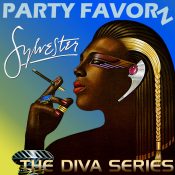 ¹ Sylvester James Jr., known simply as Sylvester, was an American singer-songwriter. Primarily active in the genres of disco, rhythm and blues, and soul, he was known for his flamboyant and androgynous appearance, falsetto singing voice, and hit disco singles in the late 1970s and 1980s.

After releasing his self-titled debut album in 1977, he had moderate success on the Disco charts with “Over and Over,” which is represented here by DJ Meme’s exceptional tribute mix. Sylvester followed up in 1978 with “Step II,” which generated the monumental hits “Dance (Disco Heat)” and “You Make Me Feel (Mighty Real)” featuring backup singers Martha Wash and Izora Rhodes as Two Tons O’ Fun.

Several years later, the lady’s went on to their own gay icon status with the iconic “It’s Raining Men” as the Weather Girls after Barbra Streisand passed on the track for her water-themed album “Wet.”

It should also be noted that Patrick Cowley was invited to join this session and became instrumental in the synthesized arrangements of his biggest hits. He would later play an even more important role in Sylvester’s success.

The subsequent album “Stars” did moderately well and generated the fabulous “I (Who Have Nothing)” but failed to generate the excitement of the previous album. Subsequent albums faired poorly as Sylvester moved away from his disco roots after the backlash of the “disco sucks” movement.

After leaving his label and taking more control over his music, he partnered with Patrick Cowley again on his small imprint Megatone Records out of San Francisco. By this time, NRG music was exploding in the gay clubs and Cowley was at the forefront of the new dance sound. The lead single “Do Ya Wanna Funk” was a massive success and considered to be one of the all-time gay anthems. It was during this tour in the UK that Sylvester got news of Cowley’s death from AIDS.

Sylvester would go on to release a couple of more albums with uneven success until his final album “Mutual Attraction” with Megatone that was distributed through Warner Brothers (though I thought it was Columbia) found great success on the dance charts with “Someone Like You,” “Living For the City” and the title track. As his health began to deteriorate — his next album was never finished nor released.

Creating this tribute set was hands down the most difficult I’ve ever completed. The music spans five decades including originals with remixes from the 90’s to present day. Tempos ranged from 147 to 106 bpm. The decision as to what to include and what to drop was torturous and taming some of the older material into a more cohesive DJ friendly environment was a challenge. Ultimately, I believe I did the man proud or so I hope.

Sylvester is an American icon and an openly gay man who not only embraced his sexuality but paved the way for the transgendered and the letter “Q” at the end of our representation (likely unintentionally because he was neither — just Sylvester).  There’s no doubt that his presentation of queerness was shocking to middle America but he ignited the fire that paved the way for society to become more accepting of those that just want to be themselves. There’s no doubt that the world is a better place for having him in it.

9. Taking Love Into My Own Hands (Remix)

22. I Need Somebody To Love Tonight (Psychemagik Remix) 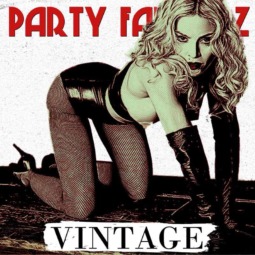 I was off today and had been working on other mundane things since this morning.  I decided to put off posting Madonna’s …Read More, Stream and Download

With Peter’s recent passing, I could think of no better way to honor him than to showcase his legacy.  You may ask …Read More, Stream and Download

In late 1986, I moved back home from Austin because I hadn’t started college right after graduation and needed to get something …Read More, Stream and Download