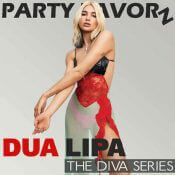 Party Favorz is closing out this section of the Young Divas with quite possible the most gifted and entertaining artists to blast onto the pop scene since Rihanna. That women is the one and only Dua Lipa.

Dua Lipa is an English model turned singer and songwriter who signed with Warner Music Group in 2015 and released her self-titled debut album in 2017.

Her debut album featured the beautiful “Be The One,” (a personal favorite), “IDGAF,” and the worldwide smash “New Rules.” Shortly after she paired with Calvin Harris for the massive “One Kiss” and Mark Ronson & Diplo a.k.a. Silk City for “Electricity.”

With a whirlwind of attention surrounding this new artist — Lipa dropped her critically acclaimed follow-up “Future Nostalgia” in March 2020. That album showcased a new direction by pulling from past musical influences from the 70’s, 80’s and 90’s and was the album that everyone but me didn’t know they needed until now.

While Disco, 80’s Dance and 90’s House music have been making inroads for a while now — it was going to take a major artist to propel it back into worldwide conciseness. It’s the carefree attitude that allows us to forget all about our miserable lives at a time of great uncertainty and Lipa has definitely tapped into that. Whether intended or not — the timing of “Future Nostalgia” couldn’t have been more perfect.

There is a crazy-cool vibe about this woman that frankly no one can touch. She has an amazing low register sultry voice and an easy-going personality with a serious work ethic. Folks, we are literally looking at the next global superstar who undoubtedly will be at the upper-echelons of stardom sooner than not.

This Friday the 14th Dua Lipa will be dropping the lead single from her upcoming remix album “Club Future Nostalgia: The Remix Album” “Levitating” with “The Blessed Madonna” remix featuring Madonna and Missy Elliot.

It’s also been announced that Mark Ronson will produce a remix of “Physical” with Gwen Stefani.

The album — which is expected to drop on August 21st — ups the ante for club music and is “an eclectic and euphoric mix of the past and present, it’s a celebration of musical worlds coming together, with 90’s house blending seamlessly with 2020’s finest pop and remixers, a splash of 80’s soul and a few noughties musical gems added to the blend.” Party Favorz is excited about this new release as it will also feature previously unreleased tracks (hint: there’s a rumor that she finished work on a new collab with Miley Cyrus but it’s uncertain as to whether that song will make the final cut or not.)

GLOBAL SUPERSTAR IN THE MAKING

Party Favorz predictions have been dead-on so far and we’re literally looking at the next dance-pop superstar diva. This tribute set is meant to focus on the club remixes of her most popular tracks and WILL NOT be updated with anything from her upcoming release. That album will stand on its own.

It’s with our utmost admiration and devotion to the fabulous Dua Lipa that Party Favorz inducts this junior diva into the Diva Hall of Fame. ENJOY!

16. Scared To Be Lonely (PRIDE Remix) [with Martin Garrix] 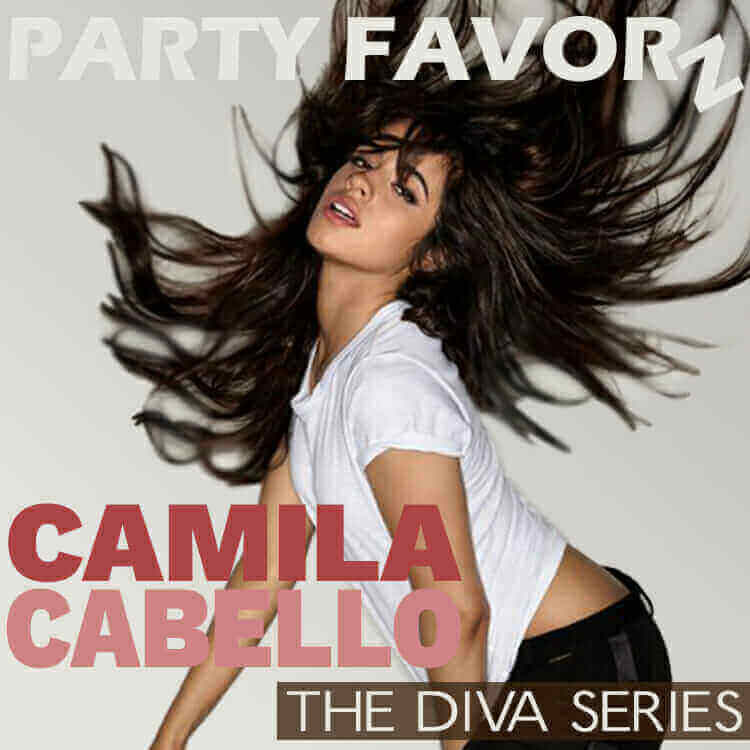 Karla Camila Cabello Estrabao is a Cuban-American singer and songwriter. She rose to prominence as a member of the girl group Fifth …Read More, Stream and Download

From session work with some of the most iconic artists and labels (Cerrone, Bette Midler, Martha Wash, Salsoul Records, Artista, and Warner …Read More, Stream and Download

In 2001, Nadia Ali was the frontwoman and principal songwriter for the duo Iio (pronounced “eye-oh”), took the world by storm with …Read More, Stream and Download

Last week, I was catching up on the Hulu limited series “Little Fires Everywhere,” a show set in the late 90’s about …Read More, Stream and Download