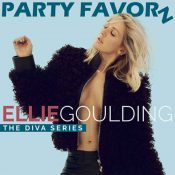 Elena Jane Goulding better known as Ellie Goulding (born 30 December 1986) is an English singer and songwriter. In 2009, she met a couple of record producers picked up a manger and was signed to Polydor records. She released an “extended play” that same year (I’m guessing an EP) and the full-length debut album “Lights” the following year and the rest is history.

Goulding had a fairly normal upbringing and frankly there is nothing remarkable about her early beginnings other than she started writing her own songs in high school at age 15 and likely led a normal life. She does suffer from anxiety and panic attacks but let’s face it — who doesn’t these days.

With so little written about her to the point that most of her story feels like filler — she has had remarkable success as an artist and quickly made that leap from Indie darling to commercial success on a massive scale in virtually a nanosecond.

Don’t think I’m dissing on Ellie because I adore this woman and her music. It’s just that it’s rare these days to just kinda fall into a career everyone would dream of without any type of struggle or at least going on some reality singing competition, which seems to be the norm these days. That is unless it’s “The Voice” because nobody ever becomes famous off that long-running show.

Goulding first came to America’s attention with the single “Lights” that reached #2 on the Billboard Top 100. What’s odd is that so many of her hits like “Burn,” “Love Me Like You Do,” “On My Mind,” “First Time,” and “Close To Me” are so memorable on the dancefloor — it’s a wonder they weren’t even bigger hits at radio because these songs are permanently etched into my musical memory.

New album and the road ahead

Other favorites like “Army” is just so perfect that it appears she’s already being pushed into the “old singers” category like so many other millennial’s. “Slow Grenade” (with Lauv) is her latest single from the forthcoming album “Brightest Blue” and a current personal favorite. 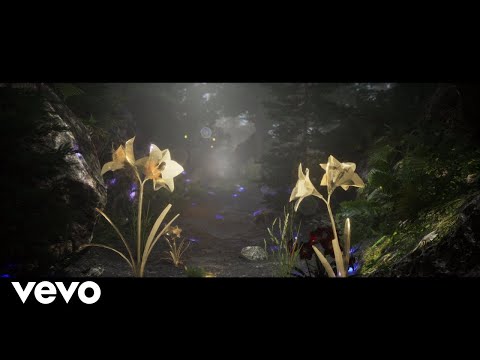 Personally, I could see her just doing her own thing by keeping everything on the Indie level and forget chasing after the “youth” market. Many artists of her caliber are still releasing great music but everything is ranked by Spotify, YouTube, and single sales — the latter which are rapidly going out of favor. That leaves the first two to easily manipulate the charts with armies of young fans no matter what Billboard says. She’s a talented woman and I’ll let her sort it out.

For now — Party Favorz is honoring Ms. Goulding with her own induction into the Diva Hall of Fame for her massive contributions to the dance floor. She embraced EDM and House Music early in her career, which likely gave a massive boost to the success of her releases. If you really haven’t dug into her catalog — this is a good place to start and then follow her on Spotify. ENJOY!

8. Something In The Way You Move (The Scene Kings Club Mix)

12. Anything Could Happen (Almighty Club Mix)

13. I Need Your Love (Nicky Romero Remix) [with Calvin Harris]

18. Love Me Like You Do (Cosmic Dawn Club Remix)

19. Close To Me (Charlie Lane Remix) [with Diplo and Swae Lee]

23. Worry About Me (MK Extended Mix) [and Blackbear]

Kicking off your weekend with a BANG with the second induction into the Diva Hall of Fame featuring the super-fab Mrs. Carter, …Read More, Stream and Download

Ashley Nicolette Frangipane known professionally as Halsey is an American singer, songwriter, and activist. In just 5 years — Halsey has managed to …Read More, Stream and Download

Billie Ray Martin may be an unlikely candidate for induction into the Diva Hall of Fame but her deeply soulful voice and …Read More, Stream and Download

It’s time to C-E-L-E-B-R-A-T-E the birthday of the most enduring ICON of the past 30 years…MADONNA! As usual, I gather up the …Read More, Stream and Download