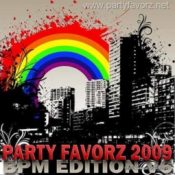 As you can probably see, this is not the 2003 Chrome Edition I had previously promised.  My BPM folder was filling up fast and I decided I might as well get this knocked out before I get backed up.  I’m anticipating a mid-September release for the next Chrome Edition.

Once again, I did not have enough material to comprise another T-Dance mix, so I went ahead and incorporated several of the funkier numbers in with this mix.  Frankly, I think this may very well be the way this series moves in the future.  Since discontinuing the System Edition, I’ve been incorporating several of those songs into this series and now some of the funkier songs usually reserved for the T-Dance mixes coupled with the electro-pop stuff that was so prevalent in the past.  In all honesty, I think this just makes more sense.  If I had to call this and it’s accompanying mix anything, I would call it “house music for grown-ups that still enjoy pop tarts”.LOL!  If anything, it provides the listener with an eclectic musical experience without getting too monotonous.

Every song over the course of these two mixes was specifically picked because they moved me one way or another.  I can honestly say, no filler here, not even to help me transition out of a song to get on with the mix.

As usual, there are standouts that most people are going to gravitate towards, so let me help you out.  Starting with the return of Moony best known for her early millennium #1 hits Dove (I’ll Be Leaving You) and Point of View with DJ Boulevard and the underground classic He’s All I Want with Angelmoon, she delivers another dark slice of heaven with I Don’t Know Why.  While the Jerome Ism-ae mix, which appeared on BPM v5 is darker and more progressive befitting the actual meaning of the song, Viale & DJ Ross take it in a sunnier direction and smother it with a killer piano hook that just makes you feel good no matter the lyrical content.  Another killer is newcomer Ameerah’s The Sound of Missing You.  Though this song appeared in an earlier BPM edition (I think the spring), it’s just now getting added to the Promo Only set for September.  With it’s pulsating synths that are heavily influenced by the Don Henley classic The Boys of Summer, I expect this will be in heavy rotation at radio if it already isn’t.

Then there are the electro-pop darlings like Pixie Lott and Mini Viva already receiving a lot of buzz from sites like Arjan Writes, Electroqueer and Popjustice who deliver perfectly delectable slices of retro heaven on Boys and Girls and the outstanding Left My Heart in Tokyo.  In particular, Pete Hammond who apparently has come out of retirement made two solid mixes for Mini Viva; one more contemporary for today’s dance floors and another 80’s throwback very similar to his work with SAW (Stock, Aiken & Waterman) which is just as much fun as the latter.

The Bassmonkeys return with In the Moment featuring the awesome dance floor veteran and diva extraordinaire Abigail Bailey.  Currently sitting at the top of ‘ Most Wanted Chart, this is a surefire funky house pleaser.

After last year’s successful Ride My Tempo proving she’s not just a one-hit wonder, Ida Corr returns with I Want You.  No doubt the Funkerman mix will have you guys shaking your asses through the fall.  Another big one to watch out for is 5th place Eurovision contestant Jade Ewen.  Her first single My Man is blowing up on both sides of the aisle and well on it’s way to a club floor near you.

Finally, we have the return of the always fabulous Vanessa Williams, who just put out her first full-length studio album in four years.  Jam packed with amazing remixes including Soul Seekerz and Ralphi Rosario, I expect The Real Thing to do very well in the clubs.  For now, I’m delivering the breezy samba take by the Seekerz which further prove their own prowess and why I’m a huge fan of theirs.   Maybe it’s time for me to add them to the Catching Up With series, we’ll see.

Well, that’s all I have for everybody today.  I’ll be back tomorrow with the second installment until then enjoy!

Moving along, I’ve got the annual Jingle Electric 2K14 edition featuring the latest in EDM, Electro-pop, and House …STOP THE PRESSES!  Did …Read More, Stream and Download

The 2006 Year-end Edition came out before I started the Party Favorz blog and as a result, has never been published before. …Read More, Stream and Download

There was a lot of making up to do since I had to skip the Halloween Edition of the Dance/EDM series. Fortunately, …Read More, Stream and Download