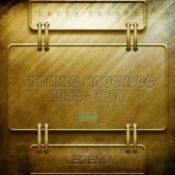 This set is part of a two set tribute to Frankie Knuckles.  You can view the Silver Edition by clicking on the link.

After discovering house music in the late 80s, it became an integral part of my life.

While it’s disputed as to whether he created house — there is no doubt he was one of its earliest proponents and his influence in the genre can still be heard across global dance floors today and likely generations to come.

Frankie was to house music what bees are to honey; That is they both create sweet concoctions that arouse and please the senses.

There are already several tribute sets to the godfather of house music and I can think of no better way to honor the man and his craft by offering up my own in tribute.

Frankie, I’m certain you’ll still be spinning in the great clubland in the sky and I hope to be able to catch one of your live sets one day.

And the music plays on…RIP

It’s time to go back, way back …back in time.  Okay, not all that far back but it feels like an eternity.  …Read More, Stream and Download