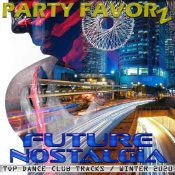 Party Favorz is FINALLY dropping our first non-Stop top Dance Club mix of 2020. I generally find that releasing anything too early is generally regurgitated versions of top dance music that was already building momentum going into the new year with a few new entries. By waiting a bit longer, the overall releases begin to slowly drip out giving Future Nostalgia something new and fresh overall.

I was surprised at the dark tone of many of these songs heading into 2020. It’s not bad per say — but I’d prefer a brighter and happier tone. Perhaps it’s the mood of the country in these dark times in this divisive election year. All I know is that folks could really benefit from some uplifting house music.  Hopefully, they’ll start rolling out before the Winter Music Conference in Miami. Then again, their award nominations are absolute bullshit where they pay homage to many unknown talent or has beens over and over each year. It’s nauseating.

THIS IS WHERE IT’S AT

Overall, Future Nostalgia features a diverse offering of great music but there are two tracks that I’ve been all over since their release (okay three).

The first is “Good Time Girl” by Sofi Tukker featuring Charlie Baker. One of my go-to shows at the moment is HBO’s “The New Pope.” They’ve always intertwined current tracks into this satirical take on the papacy and this year’s opener is the latest groove by the college besties. The opening credits feature a bunch of nuns dressed in see-through nightgowns grinding and undulating before a glowing cross. Each opening scene is different but features the same pulsating and hypnotic song. I literally never get tired of it. While their low-budget video has garnered over 4 million views on YouTube, Ultra Music has not serviced this track to DJs nor released any accompanying remixes, which I find odd. This is a hit through and through and should be force-fed to radio and clubs globally. Yeah, it’s that good. 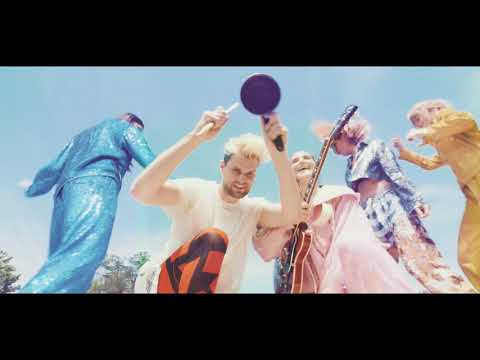 The other two tracks are Madonna‘s “I Don’t Search I Find,” which currently tops Billboard’s Dance Club charts. There’s a plethora of remixes that were commissioned for this song but it’s the late entry from Kue that’s got me wound up. He takes the track and underscores it with a sleazy disco grind that gives the song more urgency. In fact, I think this should have been the original conception for the song. The closest comparison would be Giorgio Moroder’s production of Donna Summer‘s “Love To Love You Baby” without the 1,000 orgasms.  Purple Disco Machine takes a similar approach with his rework of the Mark Ronson and Yebba collaboration “Don’t Leave Me Lonely,”  which hits all the right notes.

Dua Lipa is one of my favorite artists at the moment. She can actually sing, works with the best writers and frankly is virtually being ignored at radio in North America. Her work exemplifies a woman who takes chances and has her pulse on what’s the “next big thing.” As the label is testing the waters for her follow up singles in different markets with “Future Nostalgia” and “Physical” (no not the Olivia Newton-John monster that topped the charts back in the early 80’s), I’ve included versions of both but keep your ears open because there are stellar remixes out there other than the one’s included here.

Overall, I’m happy that I waited to release this set but you can definitely expect the massive Spring Break set to drop by the end of March with all new material.

Next on tap (which is already in the can) is the next Disco House (formerly Funky House) set. This takes a decidedly cosmopolitan turn and all you disco freaks (like your humble host) will be pleasantly pleased. Expect that to drop by the end of next week. That will be followed by the next Underground House set the following week for which I’ve already compiled the tracks. This is going to be one hell of a party set so make sure to keep an eye on our feed.

We’re finally getting a break from all the rain (and some snow) we’ve had all week long with the sun coming out for the next few days — even though it’s still fairly nippy around here. I hope y’all have a fantastic weekend!

Until the next time — ENJOY!

5. Kris James – Get Back To Love (Pink Panda Remix)

I’ve been playing around with some new software called Mash-up that I really like, but am still on a learning curve. Overall, I am …Read More, Stream and Download

2019 has already set the record for the hottest temperatures ever recorded in the history of mankind and it’s only going to …Read More, Stream and Download

OMFG! Party Favorz has made it through another year of delivering the biggest dance tunes straight to your ears. Even I can’t …Read More, Stream and Download

It ain’t 2020 until Party Favorz drops the final year-end dance club set that rocks the house! For the uninitiated, the annual …Read More, Stream and Download