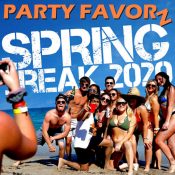 Spring Break 2020 has been updated: “Roxanne (Romen Jewels Remix)” by Arizona Zervas was removed but will make an appearance in future sets, “Say So (PeteDown Club Mix)” by Doja Cat was replaced with the more club-friendly Division 4 & Matt Consola Future House remix, and Stevie Nicks “Stand Back (Marc Stout Remix)” was added. If you’re fine with the original set — there’s no need to swap them out. If you prefer my final vision for these sets — then this would be the one I recommend.

Welcome to Spring Break 2020 featuring the top dance club hits that under normal circumstances would fuel your beach parties but these aren’t normal times. At this point, all students are getting an extended spring break but are either breaking the rules (see the photo attached to this post) or are going stir crazy locked up in their apartments or parent’s home.

Party Favorz has the cure for your pandemic blues and went out of our way to not only give you the hottest dance club tracks riding high at the moment, but a slew of what we think will be some in the running for songs of the summer. Too soon you say? Nope. 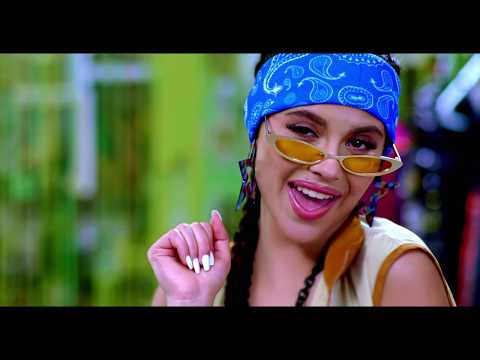 We usually don’t pull tracks that have been serviced to DJs in the original form with an intro/outro because usually the BPM is too slow for these sets but have made an exception given the current circumstances to give everyone more entertainment value. Don’t worry, I made it work.

With over 3 hours of non-stop top dance club hits there’s enough variety here to keep your attention span from drifting while fueling your at-home workouts.

As has been the case for the past several sets, DJs are digging in the crates and updating classics (many of which go on to top the charts). Sometimes they use the original vocals, other times they pluck someone new to sing it, while other times they’re sampling familiar beats (to me and many of you) and turning them into new songs. In fact, some of these songs will likely end up our annual Gay Anthems for a New Generation set in June.

This set features Erasure‘s “A Little Respect 2020,” AZ2A x Keepin It Heale’s “Genie in a Bottle,” (Christina Aguilera), Sound of Legend “Sweet Dreams (Are Made of This)” (Eurythmics), Kelis vs. Diplo “Milkshake,” Klass “Mr. Saxobeat,” Gala “Free From Desire,” where the original 90s version was just included on the The Ultimate Eurodance Collection volume 2 from the 90’s, ABBA vs. Freekack “Gimme! Gimme! Gimme! (A Man After Midnight), and Cheesecake Boys “Funky Monday” which riffs off the New Order classic “Blue Monday.”

Hell, even 80s teen idol Debbie Gibson is back with the new song “Girls Night Out,” which is currently sitting at #4 on Billboard’s Dance Club chart and likely to hit #1 in the next few weeks.

If you wonder why it took me so long to get this set out it’s because we’ve been culminating tracks for at least six different sets scheduled to be released through the first week of April. I’ve also got a brand new Thank God It’s Disco dropping during that time and you can expect some old school Diva Hall of Fame entries coming on the heals of that — one of which many of you are going to pee your pants over. Yes, I know I’m a cock tease but I like to leave a little mystery so y’all keep checking back. I’ve also got a list of current divas who are going to be inducted but they likely won’t drop until sometime in the summer since they ALL have new releases out.

IT’S THE CORONAVIRUS NOT THE MACARENA

I am imploring everyone young and old to please take this pandemic seriously. For all those who think they’re immune because they’re young — testing is showing that y’all are making up a disproportionate amount of those infected. Even if you only have mild symptoms or none at all, you still pose a risk to your friends with compromised immune systems, your parents, your grandparents and complete strangers you don’t even know.

The Party Favorz motto has ALWAYS been to party, have fun but just be responsible about it. Not just for your safety but that of others. I haven’t lived a perfect life and this picture was me back in the day but we weren’t dealing with a pandemic either. Maybe that’s unfair for me to be preaching about but if you truly care about people, the plight of our planet — it’s going to take sacrifice on all of us to flatten this out until a vaccine can be developed (stepping down from my soapbox now).

I’ve got a slew of new sets already compiled and ready to be mixed and released into the wild over the coming two weeks. There’s literally something for everyone so be sure to follow us in whatever way is best for you to ensure you’re getting the latest. Until the next time…ENJOY!

6. Sound Of Legend – Sweet Dreams (Are Made Of This) (Extended Original Mix)

36. Justice – We Are Your Friends (Switch Disco Edit)

Folks, this is it! It’s that time of year that Party Favorz blows the roof off this 2016 motherfucker with our annual …Read More, Stream and Download

It’s time for some EDM beats and I am serving up a two-course heaping plate of unapologetic commercial electro-pop. Got two sets …Read More, Stream and Download