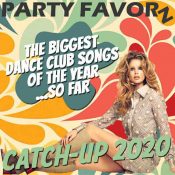 Party Favorz is back with a mid-week dump that’s bound to fuel your parties through summer. The annual Catch-Up series features the biggest Dance Club songs from December through June. Either the tracks topped most DJ charts or are personal picks that racked up millions of views on YouTube. Even with Billboard Dance Club charts on current hiatus — the method they use to rank their songs is seriously flawed because it all depends on what type of venue the DJ’s report from that determines their popularity. That’s where our expertise in picking the hits comes in.

I say this only because there were several really dark and not exactly overwhelming songs that topped that chart earlier this year. Most are included save one. Party Favorz pulled from Beatport charts, YouTube tallies and personal picks, which puts Dua Lipa ahead of the pack. Her “Don’t Start Now” reached #2 on the Top 100 and #1 on the Dance Club charts and has been hovering in the Top 100 for over 33 weeks making it not only a contender for one of the biggest songs of the year but of the summer.

Due to the pandemic and her inability to tour and promote her new and highly underrated album “Future Nostalgia,” the label has been furiously releasing track after track and commissioning remixes for them to see what sticks. “Physical” and “Break My Heart” (currently climbing the charts) are pure pop pleasures and the remixes that have accompanied them are stellar.

Another DJ that shows up a lot here is Purple Disco Machine. There’s not doubt that his brand of throwback Disco House is striking a nerve among dance enthusiasts making him one of the most in demand DJ’s in the business. Party Favorz would like to think we had a hand in his success when we released “Catching Up with Purple Disco Machine” back in 2018 realizing that this guy was the one to watch. As usual – we were right.

Songs of the summer

All the contenders for “song of the summer” are contained here including Doja Cat‘s irresistible “Say So” (which we picked back in March to hit big), DaBaby and Roddy Rich’s “Rockstar,” Megan Thee Stallion’s “Savage,” The Weeknd’s “Blinding Lights,” Lady Gaga & Ariana Grande’s “Rain On Me,” Drake’s “Tootise Slide,” Justin Bieber and Quavo’s “Intentions,” Roddy Ricch’s “The Box,” Post Malone’s “Circles,” Harry Styles “Adore You,” SAINT JHN’s “Roses,” and many more.

All your favorite club bangers from the past 6 months are here and we dropped the personal favorite “Good Time Girl” by Sofi Tukker mainly because it was released last year and was given new life as the opening theme song for “The New Pope” in favor of the brand-spanking new track “House Arrest” with Gorgon City. This song has shot to the top of every DJ playlist and rightfully so. It’s a Deep House thumper with a catchy rhythm backed by Sophie Hawley-Weld’s hypnotic vocals. This song is truly a delight in the current minefield of mediocre releases. 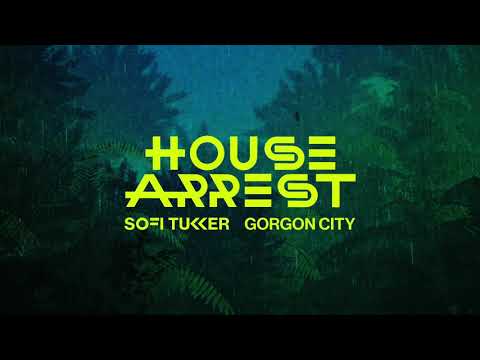 If it seems I’ve been pushing the latest from Alex Newell “Boy, You Can Keep It” — it’s because the Tracy Young remix is simply a delightful summer cocktail of fun coupled with the perfect vocal styling of Mr. Newell. This song would undoubtedly be sitting at the top of Billboard’s Dance Club charts if this covid shit hadn’t messed everything up.

Just know that there’s plenty of Disco House in this set to offset the darker moments from earlier in the year. If you’re into commercial dance music this is the set you’re gonna wanna grab because it’s got it all.

I’ve got the annual Beach House set for release late next week just in time for 4th of July. While it hasn’t been started yet — expect something a little different this time around. Until then…ENJOY!

It’s almost 2:00 am and I couldn’t get any sleep, so I decided to go ahead and put up the next installment …Read More, Stream and Download

Once again, the 1997 Year-End Edition volume’s 1 – 4 are hardly comprehensive much-less perfect but they do paint a good picture …Read More, Stream and Download