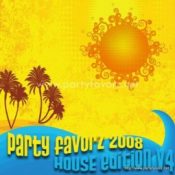 Here it is, the second installment of the House Edition v4, served up on a sizzling hot platter of disco with a side of seventies soul.  The ATL has already been experiencing some fall-like weather with cooler evenings and temps ranging in the low to mid-eighties during the day.  Suits me fine as I always enjoy the transition from summer to autumn.  I’ll be starting the much delayed Classix Edition: 90’s part deuce shortly.  Until then, I hope everyone has a great week and until the next time…ENJOY!

Funky house with a pulsating beat and Michelle demanding “did you think that I was easy?”  Think of it as one of those “I Am Woman” empowerment songs with an urgency that demands R-E-S-P-E-C-T!  Essential

I’m going to be honest, I didn’t know anything about this tune from 1995.  I did hear some 2008 mixes that came out earlier this year, but I wasn’t all that impressed, until now.  Always lovin’ the 7th Heaven vibe, this Hed Kandi promo has been rocking my world and guaranteed it will rock yours too.  Essential.

IT’S GEORGIE TIME!  …and he’s serving up some serious optimistic funk like no other.  Sometimes I think that no matter how bad things get, Georgie always remains upbeat.  He’s probably someone I should be hanging around with right now.  Since that ain’t gonna happen, I’ll settle for this heavenly slice of positive attitude.  Essential.

Bringing the vibe down, we move into this slow-burning number with a very addictive bass line and soothing vocals by Cathy Battistessa.  Essential.

When I saw this, I was hoping it might be a remake of the Joyce Sims classic from back in the day.  Sadly, it is not.  However, that certainly doesn’t take anything from this song.   Though not bad, it just feels like something is missing to really lure the listener in.  That being said, there are several fantastic dub/vocal mixes that accompany the package that many of you might favor.  Also, check out Haldo’s Floor Mix which kicks it up a notch.

I’ve been all over this song since I used the Paul Goodyear version in my Pride Edition v3.  Ospina keeps the high tempo of Paul’s mix but dresses it down in strict 90’s house fashion.  Now that we have the official remixes currently available on disc at Perfect Beat, I’m still hoping Linda’s pal Ralphi hops on board with one of his sizzling peak hour mixes.  Outstanding.

What if Barry White hooked up with Richard Earnshaw and Syke ‘n’ Sugarstarr then created a funky house masterpiece?  Folks, this IS what it would sound like.  Essential.

Another song with a positive attitude set to swirling strings and a big disco beat.  I’m really into these mixes that use the old school orchestration.  Can you imagine what it must have cost for some of those seventies classics to be put together with a full orchestra?  Essential.

ABSOLUTELY LOVIN’ THIS SONG!  Definitely has the late eighties, early nineties vibe going on.   I need to start looking out for more songs by Amanda because this is way beyond amazing.  Quick, someone snatches her up and record a full album…we need more songs like this.  Essential.

Clocking in at 9:50, these guys cheated themselves out of a 5-star review because it took way to long to build up to the good part.  Luckily, I was able to edit some stuff out and get to the point.  Several of you may recognize the groove from last years massive “Time” by Speakerbox.  Outstanding.

Did you say Phat’s & Small?  Hell yeah!  Remember their feel-good rework of Earth, Wind & Fire’s “September ’99” that blew up about this time of year?  With one half of Freemasons, I’m glad to see these guys stretch out into some old school.  Though not the same song, I’m wondering if this is what Michael Jackson’s “I Can’t Stop Loving You” might sound like if it were set to a house beat.  For those not familiar with Flava, they are a dance troupe that won the 2008 “Britain’s Got Talent’ contest.  Check out the trailer teaser below.  Essential.

More positive house imagery that focuses on war and a ‘We Are the World’ message.  Set over a deep Isaac Hayes type groove, Malou’s got somethin’ to say and you better stand up and pay heed.  “This is an expression of our hope and our joy”.  Outstanding.

Finally, a little Philly Soul meets 21st-century house!  I gotta say John Whitfield does an amazing O’Jays turn on this song.  Groove is in the heart…indeed.  Outstanding. 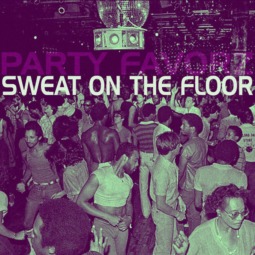 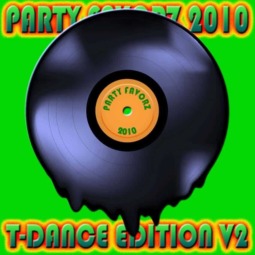 Happy Friday everybody!  First off, I have some good news and some bad news.  Which one would you like first?  Since I …Read More, Stream and Download 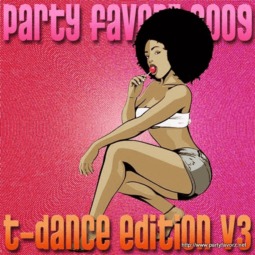 Transitioning into the more soulful side of house, we’re working our way up to the weekend.  Starting things off, we’ve got the …Read More, Stream and Download 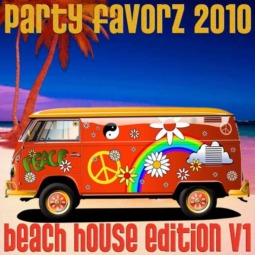 It’s been a long and stressful three months since your last vacation and all you want to do is leave town and …Read More, Stream and Download