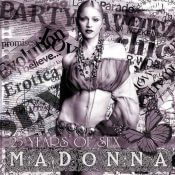 The upending of the moral majority has been consistent for decades as the self-righteous slunk from one faux outrage after another. No one was more effective in raising their ire than Madonna. As a pop princess in the 80’s, she reached the pinnacle of pop-stardom with slickly produced vanilla fair that tantalized and tweaked our inner-demons. By the end of the decade, she had perfected her dalliances and maximized her persona of controversy and sexuality inviting the kind of criticism that would only serve to make her star shine brighter.

In 1989, she released Like a Prayer to equal amounts praise and criticism. The lead single’s video portrayed a black Jesus Christ as a sexual object. This affront to religion was considered an apostasy by Christians. The follow-up single Express Yourself was a testament to female empowerment and respect. While the production values of the album relied on the smooth pop structure of her previous efforts, the Shep Pettibone remixes of these songs capitalized on the burgeoning underground House Music scene at the time, taking the songs to an entirely new level.

In 1990, Madonna took that sound mainstream with the release of Vogue off of the “I’m Breathless: Music from and Inspired by the Film Dick Tracy“. That same year, she released the semi-greatest hits package The Immaculate Collection which sold over 30 million copies worldwide and has gone on to be one of the biggest selling albums of all-time. More controversy ensued as the sexually charged video for the lead single Justify My Love which contained imagery of sadomasochism, voyeurism, and bisexuality¹ was initially banned from MTV and then allowed to air only after midnight. Because of the limited airplay, the video was released as a VHS single (the first of its kind) and went on to sell over a million copies.

By 1992, all bets were off and Madonna had not only secured a new multimedia deal in conjunction with Time Warner worth $60 million but simultaneously released her first album on the new label Maverick Records entitled Erotica along with the coffee table book of sexual fantasies entitled SEX. The album itself received mixed reviews by critics but by most standards is now considered one of her greatest works. Erotica is a concept album about sex and romance, incorporating her alter ego named Mistress Dita, inspired by actress Dita Parlo. Some songs also take on a more confessional tone, influenced by the loss of Madonna’s two close friends to AIDS.²

The book was critically panned even by fans who felt she had taken sexual matters too far. Its intention was not only to provoke but to allow people to openly discuss their sexual desires and fantasies; often times things they were already doing under the covers. Through the years, however, critical reception towards Sex has become more positive, with academics deeming it a defining phase in Madonna’s career. Sex is noted for its impact on society and culture as well as on Madonna herself, and is considered a bold, post-feminist work of art.³

1989 until the beginning of the millennium was not only the most productive and experimental work Madonna has ever produced but it was the same time that I became sexually woke. As a young gay man from small-town America, dancing my ass off to Express Yourself at Rich’s in Houston with more gay men than I had ever witnessed in my entire life empowered me to move forward and be open about who I am. It just happened to coincide with Madonna’s extended middle finger to all the prudes and religious zealots who would later be plagued by their own sexual demons. Oh, the hypocrisy.

Erotica and the SEX coffee table book now stand as some of the most important work by any artist of the 20th century. Madonna certainly wasn’t the first and owes a great deal of gratitude to Grace Jones, Deborah Harry, Donna Summer and others that had preceded her. Nevertheless, she paved the way for artists like Janet, Beyoncé, Britney, and Rihanna to be able to present the self-confidence and influence over their image, career, and artistry.

25 Year of SEX reflects upon this period with updated remixes from the classic songs taken from that period. A period in history that I will remember and embrace fondly regardless of the tragedies and losses I as well as others suffered during this time. It also contains a few remastered original releases which sound as fresh today as when they were released. There is also a hefty dose of new remixes for non-single selections from Erotica that I think fans will enjoy.

It is with great honor and respect that Party Favorz celebrates the musical achievements of the one and only MADONNA. 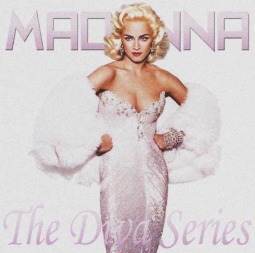 Party Favorz has been working up to the last minute this morning putting the final touches on what is going to be …Read More, Stream and Download 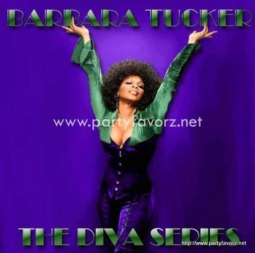