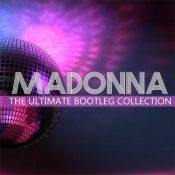 As y’all know — August is Madonna’s birthday month. In keeping with tradition — Party Favorz has been delivering a new set devoted to the Queen every year since well — forever or almost as long as I’ve been running this podcast. This year will be no different and it’s going to be EPIC!

I had the original concept in mind since last year but that was all a bust. I wanted to cover her catalog by decade but came to the realization that I have already created a multitude of mixes from the originals back in the day. I had one 80’s set that I’ve never posted and for good reason — it wasn’t up to my standards.

Then I thought to myself “does anyone really want another circuit set of her music anyway?” My answer was a resounding “NO.” If you want that — dig into the entire Madonna back catalog already available on the site by clicking here. Yes, I could make these even better but it’s a new century and time to move forward with fresh versions of these great tracks.

If you’re a hardcore fan — then you’re already aware of the Madonna Remixers United SoundCloud page. These guys have been knocking it out of the ballpark for a couple of years now. I’m in the process of combing a lot of their work with other fresh bootlegs past and present to create the ultimate bootleg collection.

This is a time-consuming and massive undertaking and I just finished mastering all the tracks regardless of whether I use them or not. I already have the artwork concept for each set in my brain, which is also gonna take me some time.  Needless to say — I fully expect the end result to be extra special. At least it better be because this very well may be the last Madonna induction into the Diva Hall of Fame ever again.

I’m anticipating up to four massive sets with the first dropping before her birthday on the 16th. I may stagger the releases after that but haven’t made a decision yet.

That being said, I’ll be taking this week off from posting unless Porl Young sends over a fresh copy of Anastacia’s “I’m Outta Love” that he actually mixed — not Wayne G. Considering that he helped produce 14 of the tracks in the Wayne G series just published, I was receptive to reposting it with the higher quality version. If he does, I’ll get that out this weekend.

For now — just know that I’m working hard behind the scenes to make Madonna’s birthday month something extra special and of the likes, no one has ever tackled before.

HUGE THANKS TO MY HUSBAND FOR HELPING ME ADD SOME COHERENCE TO MY RAMBLINGS! Many of my you may have noticed that …Read More, Stream and Download

I’ve got some good news and some, well …better news and bestest news.  I guess I’ll go with the good new first …Read More, Stream and Download

Over the years, Party Favorz has compiled some of the most epic and classic Pride and Gay Anthems sets ever made. I’ve …Read More, Stream and Download

It’s been 33 years since Donna broke into the national conscious with ‘Love to Love You Baby’, a lexicon of 1001 ways …Read More, Stream and Download