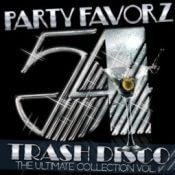 Growing up as a kid, I never received any type of allowance. My parents were firmly upper-middle class but my father was generally pretty tight when it came to money. Like most kids, I had my chores like washing dishes and taking out the garbage. By 6th grade, my father decided I should start mowing the lawn as well. One day, one of our neighbors saw me mowing and asked if I would do his yard for $20. From there, I started getting requests from all over the neighborhood.

It wasn’t until I was asked to do a backyard job that things took a turn for the better. When I woke early on a Saturday morning, I got to the house and the backyard was like a jungle with weeds and grass taller than I was. It never occurred to me to cut everything down first, so I fired up the lawn mower and started plowing away. This particular job took an entire day that went on well into the evening. During the course of the day, the wife had come out to give me lemonade several times. With temperatures that soared into lower 100’s, this was not a job for the faint of heart. It was at that point that I decided to negotiate the prices after assessing the amount of work that needed to be performed.

Eventually, I was able to purchase my own lawnmower, edger, and hedge clippers. The money I made allowed me to pay for my unquenchable thirst for music. When I didn’t have a weekend job, I’d hop on my bike and ride 10 miles to the local record store to buy my 45’s. I was lucky when my father took me to work in the local mall where he had a shoe store and I would spend all day perusing the record bins at Sound Center, a hybrid record and stereo equipment store. I was there so often that the employees knew me by name, which eventually landed me a job there my freshman year of high school.

I like all kinds of music but nothing piqued my interest like Disco. I was a HUGE disco freak. While my first double album purchase was Barry Manilow’s live album, it was my second purchase of Donna Summer’s “Bad Girls” that put me in a tailspin. I would listen to it over and over again. I loved it so much that I bought the album and the (clears throat) 8-track so I could take it with me everywhere with my portable boombox.

I was also the kid that always got invited to parties if I wasn’t having one myself. Kids always knew that I was the one with the music and I would bring my stack of 45’s (hence party favors) to their gatherings. I was the goto kid who had all the latest hits if you wanted to have a successful party.

By the time I got into high school, my musical tastes changed based on all the new friends I was making. I was in the closet about my love for disco and began listening to Scorpions, Def Leppard, Billy Squier, etc. The posters I got from Sound Center of Donna Summer all came down from my room and up went Debbie Harry and Pretenders. I even had a punk phase I went through but my secret love for disco never abated.

It wasn’t until the early 90’s when Rhino Records released their 7 volume Disco Anthology set that I began to dive back in. Granted, they were all radio edits but it was a good starter. I started reading up on the era only to discover all the other artists and tracks that I was never aware of (even though I remembered seeing their promiscuous album covers in the store), like Loleatta Holloway, Sharon Redd, Bionic Boogie and a host of others. Pretty soon, I was going down the rabbit hole of disco and became an avid collector.

So many of these classic riffs have been sampled in today’s music, that I started playing a guessing game of “which song did that come from?”

For the first time ever, I have compiled, mixed and mastered over 300 Disco Classics into multiple non-stop party mixes. If you’re just a casual fan of Disco and fondly remember the radio hits or the ones played on American Bandstand, then the original Trash Disco series may better suit your needs and is still available on the site. For those that want to dig deeper with all the hits, including all the underground classics, then this series is for you.

It’s difficult to include every single song but I dare you to find a series as comprehensive as what I am releasing over the course of the next two weeks. The Ultimate Collection is a project created out of love, devotion, and passion for all things Disco. For the diehards like myself, I hope to leave you wanting for not. ENJOY!

This set has been modified, tweaked and updated with one song version replacement.

Keeping the heat up, Party Favorz is sending up the 3rd volume of gay pride anthems, Over the Rainbow. Once again, it’s …Read More, Stream and Download

Recently, I was criticized for using a title to my blog that has long been associated with drug use.  What these individuals …Read More, Stream and Download