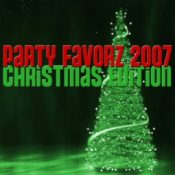 I decided I wanted the Party Favorz site to match the residence, so I went ahead and decorated it on both fronts.  Actually, Rick and I don’t put up decorations until the weekend of Thanksgiving.  However, we both agreed we needed some Holiday cheer sooner rather than later.  So, we pulled out all the lights and the wreaths and hung everything up with the precision and care of two old lady’s that have been collecting ornaments since their first husbands died…LOL.

The most special item is our Charlie Brown Christmas Tree that we bought back in 2001, the first year we moved to Atlanta.  We didn’t have a lot of money to burn, but we were at Michael’s (an arts and craft chain in the U.S.) and they had everything 50% off.  We knew we couldn’t buy a real tree, and even if we did, my anal-retentive self would have had to make all the decorations by hand; something I did flawlessly with my ex, who kept all of them…bitch!  I digress.  Anyway, that also costs money.  So when I saw this little kinda ugly tree made out of dried branches and already decorated, I decided to find the money to rescue it.  Obviously, I bought it and it’s been shining brightly every season ever since.

Christmas trees are symbolic for the obvious reasons, but our little Charlie Brown tree symbolizes our first Christmas together and everything we did to get here.  Due to its special nature, I just thought I would share that with you guys.  Over the years we’ve added and removed stuff, always trying to keep it fresh, but at the end of the day, it’s still our little Charlie tree.

As for the mix, I put this together off the cuff last year.  King Street Sounds had put out an album called “Christmas in the House”  that was filled with some unmixed holiday deep house tunes.  So, I bought it and mixed it up tacking on a couple of holiday dance classics at the end to round it out.  This year, they have three more new tunes, but I couldn’t find the originals and wasn’t going to spend another $10 on something I previously owned.  Since the blog was new anyway and I figured not that many people ever had the chance to download it, I decided to bring it back and share it again.

The original upload was a 96 bitrate and this one is in 320 plus I added the Mariah Carey tune at the end, thus the ‘enhanced’ version.  I know, usually, an enhanced release contains more than one extra song plus a DVD, but I figured a higher quality version and one new song should suffice.  Besides, I always wanted an enhanced version of my mixes…LOL.  I’m not going to say this is for everyone, because it’s not.  After all, it is a true deep house.  Nevertheless, if you’re a house head like me, I think you’ll appreciate the alternative to the traditional.

Anyway, this is my last diversion before we get back on track.  When I mean on track, I mean full steam-a-rolling!  I’ve got some big, big did I mention BIG updates that I’ll start rolling out sometime this coming weekend.  So big, it should keep y’all swarming like a bunch of busy bees.  I hope those of you living in the U.S. have a happy Thanksgiving and I’ll catch up with everyone this weekend.  Until then…ENJOY! 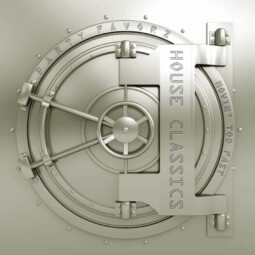 As promised, I’m sending up the sixth and final set in the Millennial House Classics series and this IS  a monster!  Movin’ …Read More, Stream and Download 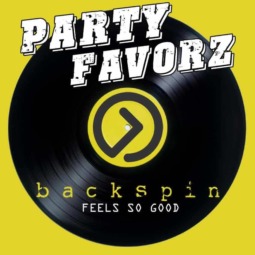 Happy Friday everyone!  As you can see, Party Favorz has been able to keep the doors open because of the AWESOMENESS of …Read More, Stream and Download

Batten down the hatches because Party Favorz is back in business and about to release a tsunami of 90’s House Classics that …Read More, Stream and Download

Shake Your Groove Thing will be the last for awhile in the Trash Disco Series. There are other things I’d like to …Read More, Stream and Download