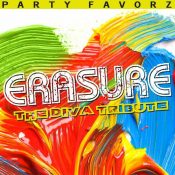 In late 1986, I moved back home from Austin because I hadn’t started college right after graduation and needed to get something going. I went back to work for C&C Music/Video, a company I worked for two years for in high school. “Oh L’amour” had already been a massive club hit but I hadn’t given much thought about the group behind it, Erasure. Having more exposure to all sorts of music because of my job, my impression of the group did a 180 once “Circus” dropped.

“Upstairs at Eric’s” by Yaz (Yazoo in Europe) had already seen massive success earlier in the decade. The group consisted of former Depeche Mode member, Vince Clarke, and the vocally gifted Alison Moyet. A fact I became aware of as my interest and love for all-things Erasure blossomed.

Andy Bell and Vince Clarke’s (aka Erasure) music spoke to me like nothing I ever heard before. The lyrics are what I like to call smart-pop sceneries that while universal, actually speak directly to the hearts and minds of young gay folk.  There are so many fantastically well-written songs it’s hard to single out a couple that has left lasting memories for me. So, I picked two that directly correlate to my young gay self at the time of their release.

Been thinking about ya, I just couldn’t wait to see
Fling my arms around ya as we fall in ecstasy

First off, “Victim of Love” slays me every time I hear it. While it shouldn’t, it makes me really happy and leaves tingly butterflies in my stomach like I’ve fallen in love for the first time. Granted, the sentiment of the song is the opposite of the feeling I get whenever I listen to it but it also brings back fond memories of Michael. He was 20 years my senior, a friend, a mentor and one of the gentlest persons I’ve ever met. I was totally enamored with the guy but he was never going to allow anything to happen. He found the club scene distasteful and tried to provide me with alternative culture in opera and is totally responsible for turning me onto “Mommie Dearest,” which I had never seen. As any good card-carrying gay, I latched onto “NO MORE WIRE HANGERS” LOL. Sadly, he later moved to California where his partner helped him end his life. I was heartbroken when I heard the news, which was an indication of future devastations that were to come. I can’t explain how I correlate “Victim of Love” with Michael but I always think of him fondly when I hear it.

“Wild!” was another brilliant album that generated multiple club hits. “Blue Savannah” is a personal favorite to this day. However, it’s “Star” that takes the prize. I was head over heels for Pete; more so than I had ever been for anyone. Things didn’t shake out well for us and it’s the very first and only time I truly felt jealousy, anger and resentment. I was the cruelest bitch anyone could ever be to another. In fact, I’d say I never knew I had it in me. I attempted to apologize multiple times only to be ignored. It wasn’t until my last trip to PBD’s (the local gay club) before moving to Atlanta that we had an honest, peaceful conversation after I saddled up on the bar stool next to him. “Star” was actually his song and reflected on a relationship he had with a different “Keith” (go figure) but I’ve long since adopted that song (and “I Try” by Macy Gray) as it related to us. Smart and ambitious, Pete was an all-around good guy and I wish him nothing but the best in life.

Did you ever have a lover
Leave you for another
To take your love and kisses for granted?
Never to discover
War is not the answer
Leave you only disenchanted

God is love, God is war
TV-preacher tell me more
Father help me am I pure?
As pure as pure as heaven
Sent you money sent you flowers
Could worship you for hours
In whose hands are we anyway?

I found myself in tears half the time I was making part 1 of this Erasure tribute. So many fantastic songs that bring back a flood of memories. This first set basically represents “Pop! The First 20 Hits” either remixed or extended + a couple more that belong to the same time span. With sharp and intricate lyrics written by Vince Clarke that only Andy Bell could pull off, Erasure is a massive chapter within the storybook of my life and certainly many of you. I busted my ass putting this together fearing I could not do it justice but I’ll be damned if this set isn’t fantastic!

It is with great honor and devotion that I duly induct Erasure into the Diva Hall of Fame and pay Tribute to their fabulousness. ENJOY!

-Dedicated to Michael and Pete

This is Diana Ross’ fifth induction into the Diva Hall of Fame. There is no rhyme nor reason why she keeps being …Read More, Stream and Download

Party Favorz is closing out this section of the Young Divas with quite possible the most gifted and entertaining artists to blast …Read More, Stream and Download