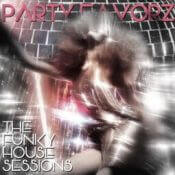 It’s time to get down to some purifying house, dirty disco and phatt funk with the fall edition of the Funky House Sessions, also better known as funkydiscohouseshit.

I kick things off with a couple of straight-up house tunes, both remakes. The first should be very familiar to every Pet Shops Boys fan as Sterling Void takes on It’s All Aright and delivers a straight rendition of the original with Eric Kupper at the boards providing a smooth remix. This version is so faithful to the original, it almost makes me wish the PSB vocals were used since I keep thinking of the original every time I hear this. That’s not to take away from this rendition but it is a testament to how deeply ingrained Neil Tennant’s vocals are to the original classic.

This is followed by Chocolate Dice’s I’m An Addict, which uses select portions of Toto’s 1979 hit Georgie Porgie. This is actually a smart take of the original even if we don’t get the fabulous Cheryl Lynn performing vocal chores on the chorus. I had to go back and listen to the original and realized just how much I really enjoy this song.

Lee Walker & DJ Deeon’s massive hit Freak Like Me get’s an 80’s disco remake proving how versatile this song is. It just works.

We quickly move into some 70’s style funk with Bad Boy Bill & J Paul Getto on Do Your Thing before launching into DJ Meme’s self-described remix of “epic proportions” of Donna Summer’s MacArthur Park. This put’s the recent Rosabel version to shame as Meme really drives this one home proving his long-lasting devotion to all things disco.

I followed this with a last minute entry by Richard Burton’s remake of another 70’s classic Bad Luck. DJ Spen’s dirty garage house version is so good that there was no way I could leave this song out for a future set.

You’ll notice a certain back in forth within the house, disco, and funk genres before all of a sudden I make an abrupt switch-up to some Soulful house. Dawn Tallman’s latest Teardrops (a remake of the late 90’s classic by Lovestation) is nothing short of brilliant. Once again Eric Kupper handles the remix duties but there is also an excellent version by Stonebridge and Sted-E & Hybrib Heights. I’m hoping for a big circuit-house version at some point because Cole Plante has already delivered his take on this classic, which is making an appearance on the 2016 Fall Edition dropping tomorrow. ‘

Another personal favorite is Alicia Keys’ In Common, which has had some stellar house remixes including the Groove Junkies. Wait until tomorrow when you hear what Barry Harris did with the song because it’s going to blow you away!

From there, things begin to heat up again for more funk and disco before closing things out with a skillful re-work of Freeez’ 80’s Freestyle classic I.O.U.

I’ve been hard at work wrapping up all the sets so as to release EVERYTHING this week. Tomorrow, I’ve got the Fall Edition for the circuit boys and the day after I’ll be dropping the next commercial EDM set. Lot’s of musical options heading your way for your weekend fun so make sure you’re keeping up with my release schedule or be left in the dust. 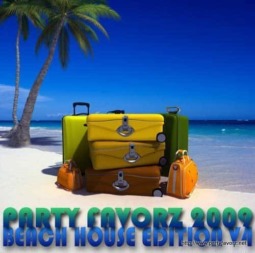 Originally, the T-Dance version of Beach House was going to be two very long mixes, but I decided to go ahead and …Read More, Stream and Download 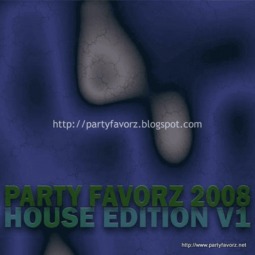 Welcome to the first ever Party Favorz: House Edition. Not quite deep enough for my Deep Editions and not quite Funky Enough …Read More, Stream and Download 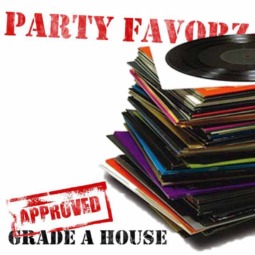 The weekend is here and that makes it an excellent time for some booty bumping grade A house!  I took a little …Read More, Stream and Download

Party Favorz is dropping a pair of fresh Disco House and Chill Out sets to close out the summer season before picking …Read More, Stream and Download