Not since the 1960’s has the United States (and the world for that matter) seen so much upheaval in our lives as we are now. As we stand on the precipice of massive change in this country — the LGBTQ+ community should be standing in solidarity with our Black brothers and sisters — whether gay, straight or trans — because their struggle is our struggle.

Recent victories at SCOTUS are no cause for celebration

With the recent SCOTUS decision barring discrimination of LGBTQ in the workplace — I wouldn’t be anymore complacent than when we won the fight for marriage equality in 2015. These were both momentous decisions handed down by the highest court in the land but haven’t come without continued resistance to our rightful place in society.

If you read the final paragraph of the opinion written by the right-wing Justice Gorsuch — he left wide open that these newly created protections for LGTBQ folks “could be “superseded” by religious liberty claims.” This would still give employers the ability to discriminate under the First Amendment’s Free Exercise Clause or even the Religious Freedom Restoration Act.

This will extend to emergency room doctors refusing to treat say transgender patients citing these religious conscious clauses. The same will apply to housing and every other facet of life where people engage in commerce of much-needed services regardless of any Hippocratic Oath they swear by — in the instance of doctors. It will allow private parochial institutions to terminate teachers for being gay and frankly anyone who wants to claim that performing a public service violates their freedom of religion. We already saw it with the thrice divorced, come to Jesus phony in KY when she refused to sign off on marriage licenses for gay couples. It’s coming.

The undoing of our legacy by a would be dictator

Meanwhile, our fake president is destroying every facet of rules and regulations that not only protect our lives like water safety, food safety, air pollution and a litany of other regulations that keep us safe but is dismantling decades of relationships built with countries throughout the world that keeps everybody safe, while sucking up to fascist regimes like Russia’s Putin, China’s Xi and North Korea’s Kim Jung Un.

He ignores science and has allowed the current Coronavirus pandemic to fester, which has now exploded in red states and will be fueled even further with his upcoming rally in Tulsa tomorrow. Meanwhile, hospital ICU’s in FL, AZ, AL and soon TX are at or will be at full capacity among dozens of other states. If you thought New York was bad — just wait.

The man is unhinged, likely has early stages dementia and is clearly a drug addict with Adderall being his drug of choice. The dilated pupils are a dead giveaway.

This is a momentous time for our country and if I could get my cripple ass out to these protests in Atlanta — I’d be front and center. All I can do is scream in frustration while supporting the efforts of others that demand change.

I’m not here to cast aspersions or tell others how to think but all I ask is that you pay attention because all of these things will come back to bite you in the ass if you continue to ignore them.

The multitude of Pride celebrations have been cancelled this year but people are making their own parties and having events on Zoom, Twitch and on other platforms. Just because we can’t be out celebrating doesn’t mean we can’t with friends in our own way . Party Favorz has been celebrating Gay Pride for 13 years with some of the biggest classic anthems and modern-day songs and we’re not about to stop now.

After last week’s highly successful Gay Anthems For A New Generation — we’re dropping a long overdue set of BIG circuit beats and anthems to celebrate our hard fought gains. There are all the latest tracks by artists ya’ll know and love as well as updated classic anthems from our past among this 4+ hour set.

I plan on sweetening the deal by dropping the Catch-up 2020 featuring the biggest Dance Club songs of the year so far by the end of this next week. This should fuel your parties through July 4th. Expect that to drop no later than Friday of next week.

For now — if you’re already celebrating Gay Pride — have a happy and safe party! Until the next time…ENJOY!

3. Whitney Houston – I Have Nothing (Ale Porto & VMC Remix)

31. Selena Gomez – Lose You To Love Me (Mor Avrahami Remix)

Well, it looks as if I’m way ahead of the curve. I managed to clean up my computer, replace the motherboard, backup …Read More, Stream and Download

The Winter Edition 2018 pt.2 is ON FIRE! That’s about all the excitement I can muster up at the moment. This flu-crap …Read More, Stream and Download 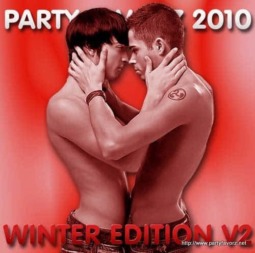 The sun is out and yesterday’s snow is melting away. I got up early and headed out to Waffle House (they’ve got …Read More, Stream and Download