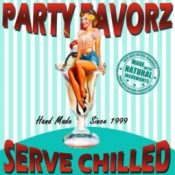 I had some free time about a week ago (yes, I am granted that small window of luxury on occasion), and was checking out EDM Sauce’s list of 14 Songs to Add to Your Summer Playlist.  I already owned about half the list where some had been recently used in the 2014 Beach House, while others I was not yet familiar with.  This reminded me that I had been stowing away songs into a separate folder since last year with the intent of creating a new chill set but never got around to working on.  I decided now would be the perfect time to resurrect the Chill section of the site and maintain it going forward.

The four sets listed there now are no longer available and likely will not be going forward.  I like to think of these as my creative masterpieces or Pink Floyd’s “The Wall “ LOL.  Put together at a very dark time in my life when the relationship between Rick and I wasn’t exactly stellar and also a time where so much bitterness, hate, and uncertainty was being spewed by the crazies on the right in this country, I stitched together songs from different genres with a series of sound effects that reflected not only my mood but that of the turmoil in the US.

If you rewind even further back to 2008 and 2009 in the Party Favorz history, I used to make a series called the Deep Edition.   It consisted of a lot of deep house, electronic and overall songs that were typically moody by nature and didn’t fit in with the other work I was doing at the time.  By 2010, that series was killed off entirely.  Since the 2011 re-boot of Party Favorz, I’ve had countless people tell me that the Deep Edition was hands down their favorite series.    I didn’t have the kind of stats that are available to me today to gauge its popularity so maybe I made a mistake.

Jumping back even FURTHER, I used to make mixtapes for all my friends every year at Christmas.  My mixtapes typically consisted of a few popular songs intertwined with cool cuts and artists I thought people should know about.  I’ve had more old friends tell me that because of those tapes, they discovered this artist or this type of music and still had the tapes to this day.  Who knew my passion for all things music could make such an impact?  I’ve always done what it is I like to do and then share it with anyone willing to listen.

Jumping forward to the original topic at hand, expect the Chill sets I plan on putting out to be a little of the Deep Edition and mixtapes from years past.  Likely a mixture of genres that are often moody but with an overall happy tone to level it out.  The first one I’m putting out is a combination of House, Deep House, NuDisco, Indie and a slice of heavenly Brazilian samba thrown in for good measure.  It is eclectic, to say the least but cohesive enough for you to follow.  In short, I think you’ll get it and if not, this series ain’t gonna be for you.  That’s okay cause everybody knows Party Favorz has something for just about everyone.

As I had mentioned in previous posts, I will be taking an extended vacation from the site over the next month.  I will definitely pop in for Madonna’s annual birthday mix and I plan on putting out a summer farewell set by the end of August titled Summer XO.  If I don’t reduce my services on my Libsyn account at the end of July, I may just quietly post some older sets that I wouldn’t mind having available for posterity sake.  I’m not saying for certain but you know me, it’s always hard to just walk away from my baby for too long, even if it’s for a self-imposed mandatory rest.  If anything, I’ll still be around to answer your questions like “how do I download a song?” LOL

2. Out Of The Basement – Take Me With You

Since last night’s victory, I have been riding on a natural high. All the tea party nuts had been defeated except the …Read More, Stream and Download

Around this time last year, I was knee-deep in school and trying to balance my studies with this site.  I had just …Read More, Stream and Download

As we move into the heat of summer, I thought we should cool things down a bit with Summer Chill, the latest …Read More, Stream and Download