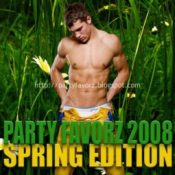 It’s the first day of spring, and it’s time to celebrate! Last weekend, Atlanta got hit by a couple of tornados in the downtown area. This is a first, for the city. Saturday morning, the sirens went off and my partner and I turned on the television to see a massive tornado about a mile away from where we live. Thankfully, we scraped that one.

The only thing I truly dislike about this time of the year, is the glowing yellow-green powder that covers your car once everything starts pollinating. That and my allergies tend to flare up, so I have to stay on top of my nasal spray or risk looking like the one-eyed beast after the other one swells closed. It’s painful to say the least and the headaches are incredibly powerful. However, today we’ve got clear blue skies and temps should reach up into the lower sixties. Hopefully, it will stay that way through the weekend.

I know it’s been about two months since my Winter Edition, so I thought it was fitting to share my latest mix to kick off the first day of the season. How do you like the cover art? I thought a little “spring training” might be in order…hehehe.

I have to say, I am very pleased with this mix. I’ve managed to pull together a ton of new tunes + a few favorites from earlier this year. I also re-added “Breakaway” by Bill Bennett and Inaya Day, yet again. Why? Because it was never officially released last year and never got the push it so deserved. I added it to my 2007 Year-End Edition and predicted it would finally get a push this year. Well guess what…I was right. It showed up on the April Mainstream Club Promo. This remake of the eighties dance classic by Big Pig is amazing and deserves the attention that I hope I can bring to it. If you go on over to Bill Bennett’s website, you’ll find that he’s about to release an album in April and begin a nationwide tour to support it. Wait until you find out what the next single is. Ah hell, I’ll just tell you. It’s “Fame” by Suzanne Palmer. Yes indeed, this is a remake of the Irene Cara classic from 1980. Should be out just in time for Pride. Additionally, he’s loaded up the album with some other HOT tunes, including an original with Pepper MaShay. I fully expect this to be one of the best dance albums of the year!

One last thing of note: With the exception of my little plug for my candidate on the right hand side, I’ve removed all references to politics from this blog and will no longer be pontificating about the candidates nor the primaries. I considered starting a separate political blog, but I figured I’d just keep harassing my good buddy ModFab instead. Frankly, I’m starting to get an ulcer from the entire mess and no longer have the stomach for the bitter divisiveness within the Democratic party. Whether it be Obama’s judgement or lack there of, the inexcusable race baiting by the Clinton camp, the DNC chairman (Howard Dean) and the fiasco he created in Florida and Michigan or the vitriolic language being spewed between the supporters from both camps. Last time I checked, we were all on the same side with one clear objective: to rid the Whitehouse of conservatives and take back our country. Instead, we’ve resorted to name calling and hurling insults to anyone that does not agree with our position. I too have found myself guilty of these charges, and don’t really believe it’s becoming of me, much less anyone else. When I read various news articles about the primaries and then browse the comments section, I find it disheartening to see all the venom directed at each other; often times from individuals who appear to be not much smarter than a 5th grader. Frankly, I only march to my own drum and not some smarmy prick who’s sole source of information is derived from MSNBC (gag reflex) or the Bible. Therefore, going forward I am finished trying to support my position. I’ll just wait until the convention in August and pray that the party doesn’t implode on itself. Frankly, this is a blog about house music, and that’s the way I intend to keep it. Whew!

I hope everyone has a great weekend! If the sun is out in your area, get out and…Enjoy!

Due to the original structure of this post, the two separate sets have now been combined into one and remastered based on the techniques used in current podcasts.

Track : 3
Title : Got To Give The People (What They Want) (Ritmo Playaz Electribe Remix)
Artist : Pepper MaShay 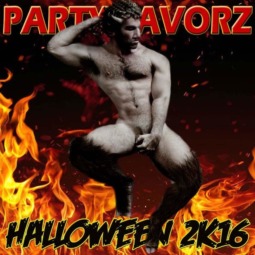 If you’re as sick and disgusted with this election campaign as I am, I’ve got the cure to take your mind off …Read More, Stream and Download 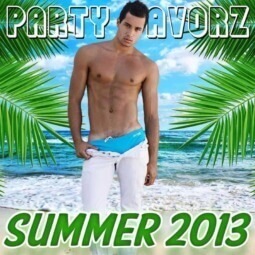 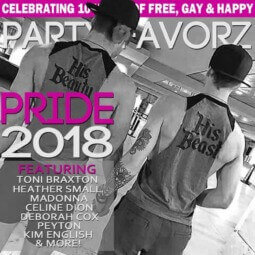 We have reached the end of the traditional Pride series with Let It Shine. Once again, this set consists of pride anthems/classics …Read More, Stream and Download 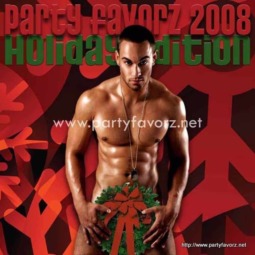 I admit it, I recycled this pic from the one I used earlier for DJ Manikz.  However, his had a pumpkin with …Read More, Stream and Download