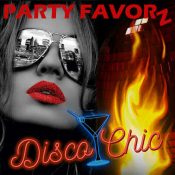 Party Favorz is diving into more uptown disco house set with Disco Chic. It’s hard to put my thumb on it but the music this go around is generally more cosmopolitan disco house and less raw than previous ambitious sets.

Disco Chic is designed to get your groove on while sipping on a Manhattan or Martini. Consider the jet set of for elitist snobs. Okay, don’t do that because we’re all discophiles around here and enjoy our disco house in a variety of formats.

I’m not much for words this morning as my brain is a bit frazzled so I’ll launch into my next plea.

Party Favorz annual hosting renewal is in less than 30 days and I don’t plan on moving hosts this year. Siteground is a solid (if not the best) hosting platform for the money. However, because I’m coming off of my introductory offer from last year — I’ll be paying full price. I’ve also got the domain name renewal coming up for partyfavorz.com as well. My goal this year is to raise $500 to cover all my costs.

I know that sounds a bit pricey but anyone that’s ever ran a website and had to deal with a plethora of really bad companies and shitty customer service would agree — once you got to Siteground, you never want to go back.

Originally, I had announced a price increase to $3.99 a month and then quietly withdrew it as subscriber growth had been steady. However, I just got an email from Stripe, which you can read here, stating that Visa, MasterCard and American Express all raised their rates for processing transactions. I already pay 20% to Podbean for each transaction and another percentage to Stripe for each monthly subscription so I’m going to have to raise prices as well.

I know a lot of you are saddled with monthly recurring subscriptions (like me) and every penny hits your wallet. So, I ran the numbers and figured I’d raise the price starting April 1st to $3.49 a month as a happy medium. That’s only .50 cents more than the current rate of $2.99 but will help offset fees per transaction. The rate hike will include those of you who joined early and have been enjoying the introductory offer that was made last year. This will allow me to continue the podcast and cover my operating costs, which is pushing close to $200 a month.

Also, I want to be straight up honest about the future of Party Favorz. It’s likely that this will be the last year for the podcast. I’m now in my 13th year and it’s getting difficult to justify its continued existence beyond new releases. Granted, I still have some things up my sleeves to keep everyone happy but even I can see that the Diva Hall of Fame, Legacy and Dance Classics sections of the site have almost reached their potential. Then again, I’ve said I would shut everything down in the past and then just couldn’t drag myself to do it because I enjoy it so much.

I just want my future plans to figure in to whatever you decide to do in helping support Party Favorz continued operation. I’m not here to screw anyone over and am trying to be as upfront as possible about what may happen heading into 2021. If for any reason I do not meet my goal of $500, I WILL refund any donation received between now and then back to your PayPal account by the end of the March and shut the site down on March 26th. It’s my hope we can keep party going a bit longer but let’s face it — nobody wants to be that person hanging around long after everyone has left.

Since I don’t send out emails to all of the subscribers, I’ll be creating a separate post tomorrow asking for your help. Feel free to ignore it if you’ve already read this.

So there you have it. Y’all decide what you want to do.

8. TheDjLawyer – On The Beat (Disco Mix)

11. TRAIG feat. KIVA – I Ain’t Got Time For That (Headrocka Extended Mix)

16. Get To Know – I Just Love (Phil Fuldner Extended Mix)

Say what?  Another house music set?  Hey folks, if you haven’t been paying attention since last year, this is the direction that …Read More, Stream and Download

What exactly is soulful, funky and Nu Disco have to do with each other? IT’S TIME FOR SOME T-DANCE BABY!  Sorry, I …Read More, Stream and Download

Here’s the first of two House mixes, I made this Summer. Each a double disc. So much good music, it’s hard to …Read More, Stream and Download 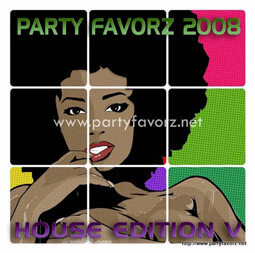 I’m sorry for the late post.  I was pretty much delirious last night and finally dropped just after midnight.  I do have …Read More, Stream and Download