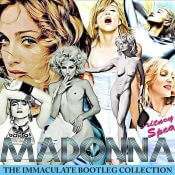 After the release of  The Immaculate Collection featuring the biggest and most iconic hits of Madonna’s repertoire from the 80’s through 1990 — it became clear she was on a different trajectory with her music.

Final hits like “Vogue” and “Rescue Me” showed her not only embracing the underground House Music movement of the late 80’s but bringing it mainstream — while “Justify My Love” employed the underground sub-genre Trip-Hop.

These musical styles were subsequently employed to greater effect in subsequent releases, which ultimately led to the album often considered the pinnacle of her career “Ray Of Light,” which leaned heavily towards the exploding Trance sound with a dash of psychedelia while retaining its pop sensibilities. There was literally no genre that Madonna wasn’t willing to dabble in and deliver with mass appeal.

The 1990’s through 2001 featured Madonna’s most ambitious musical output as her live concerts had already turned into masterful art shows since “The Blonde Ambition Tour” making her the most profitable marketing machine and performer of the 20th and 21st century — literally. These performances have often been imitated (see Beyoncé) but never fully duplicated.

Volume 2 of the Immaculate Bootleg Collection features the biggest dancefloor and pop radio hits of this period as envisioned by modern-day DJ’s who have breathed new life into these tracks.

There are two exceptions in that I used the original Richard “Humpty” Vission remix of my least favorite song of hers “American Pie” and stuck with the Junior Vasquez remix of “I Want You” as the other remixers didn’t do these songs justice. Other than that — expect to be blown away by these reinterpretations.

I’ve been stuck in Windows hell for the last 24 hours setting my timetable back for releasing the final volume of this series. I even canceled a much needed MRI and pushed it off to next month to get the final volume out by Friday. That’s my current goal but it may not make it out of the gate until Saturday. It just depends on how much work I can get done today.

As you can see — I take this annual event very fucking seriously. Madonna’s birthday only happens once a year and I’m here for it!

This set has been updated from the original release by removing “Bedtime Story (Lycan’s Dreams Matter Mashup)” which was of unacceptable quality and already present with the excellent version by the Cleitus T Late Dance Remix 2015. Additionally, American Life and Die Another Day have been removed as they will reappear on volume 3 of this series where they belong.

12. This Used To Be My Playground (Sartori Reconstruction)

15. The Power Of Goodbye (Johnnie’s Disco In Love Club Mix)

24. What It Feels Like For A Girl (Sartori Remix)

With the release of her first single Tell It To My Heart in 1987, Taylor Dayne was propelled into Pop-Diva-Icon status.  The …Read More, Stream and Download

Sia has been on my shortlist for a long time as a Diva Hall of Fame inductee. The problem as I always …Read More, Stream and Download

Before Lady Gaga, Rihanna, Beyoncé, Madonna and the countless other divas in between, there is the one true diva. A DIVA like …Read More, Stream and Download