Party Favorz is back with some deep peak hour music for those who start their party later in the evening. Red Alert features the hottest Tech House tracks at the moment with some funky surprises thrown in to mix things up and tingle your spine.

Claptone & Mylo’s “Drop the Pressure” kicks things off and sets the mood for subsequent tracks before all hell breaks loose. This track is currently sitting at the top of most DJ sets but it’s the lesser known songs that are the real winners here.

The Cube Guys have recently re-entered the scene after years of success in the commercial and underground space of the electronic music scene in the early millennium. Actually, they never went away but they’re definitely making their presence felt these days. The joined up with Bando and re-grooved Dee-Lite’s early 90’s smash “Groove Is In the Heart” turning it into a deep Tech House track that would fill any dancefloor if we had any.

Norman Cook a.k.a. Fatboy Slim is another master class producer and his infectious “All the Ladies” hits that deep groove spot and holds steady before we launch into another Cube Guys remix of the 90’s alternative House classic “Red Alert” by Basement Jaxx.

Johan S delivers the funky Tech House stomper “Smoke This” and Salt N Pepa’s 80’s classic “Push It” get’s another rework by Safety First!, which is one of two versions currently out for 2020. “Push It” is just one of those songs that delivers in any environment and it would be really difficult to NOT make it a crowd pleaser.

The always diverse Lucas Debonaire delivers a funky mashup that samples Michael Jackson’s famous hook in “Wanna Be Startin’ Somethin'” and mashes it with the 80’s M|A|R|R|S Acid House classic “Pump Up the Volume” and creates an all new booty shaker that’s bound to please.

Another track blowing up at the moment is the Riva Starr remix of the 2009 Dennis Ferrer low-key House classic “Hey Hey.” Here, Riva Starr drops in a familiar Giorgio Moroder groove, bumps up the BPM by 5 and flips this track 360 degrees.

Buzz Low’s “Thong Song” is a track I just can’t get sick of no matter how many times I listen to it. It’s definitely a crowd-pleaser with an infectious hook. If things weren’t the way they are at the moment, Spinnin Records would have a smash on their hands.

Roger M’s “Discosizer” lifts the 80’s Miguel Brown Hi NRG classic “So Many Men, So Little Time” and mashes it with our favorite DIVA Loleatta Holloway. In fact, there’s another Loleatta sample buried in this set as well. I’ve said it before and keep saying it, this woman’s back catalog is likely the most sampled in modern era House Music — full stop!

As usual, I could go on and on but I’ll let this set speak for itself.

After the flubbed incident with Podbean erroneously cancelling my account and subsequently all the subscriptions, it’s been one issue after another, while I was trying to make some cosmetic changes to the website. I’ve gotten through all that but it has put me behind schedule.

I already have the cover art and track list compiled for the Spring Edition 2020, so expect that to finally drop by mid-week. I had several new Diva Hall of Fame entries scheduled but decided to drop the one I was saving for last by this coming weekend. My goal is to uplift everyone with things I know you want even if you don’t know it yet. I’ll follow-up with the other new diva entries, which are small potatoes in comparison the following week before diverting your attention again.

I hope everyone is staying safe but still manages to have a fabulous weekend. Until the next time…ENJOY!

6. Bando & The Cube Guys – Groove Is In The Heart (Original Mix)

9. Fatboy Slim & Eats Everything – All The Ladies (Original Mix) 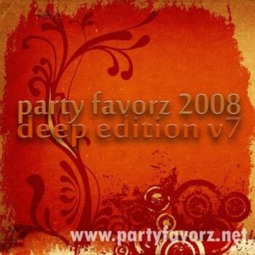 The first day of Autumn is almost here, and the weather in the ATL is certainly fitting.  We finally got some sun …Read More, Stream and Download 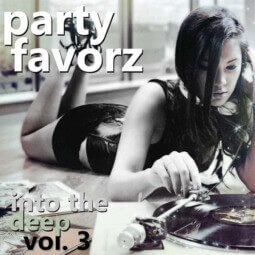 I want to give a HUGE shout-out to our longtime follower from the UK @Soeno for fixing a major issue with the site. If …Read More, Stream and Download 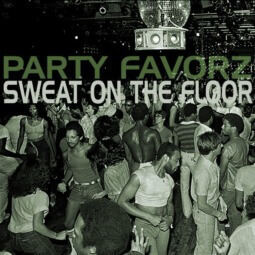 Oh Lordy, it’s getting HOT in herre! Folks, I worked this SHIT OUT! Have a great weekend and ENJOY! Album: Sweat on …Read More, Stream and Download