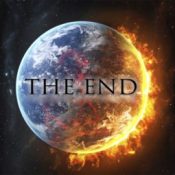 Not trying to sound ominous but …the renewal date for the hosting account of Party Favorz (i.e. the backbone that keeps this site alive) is coming up on April 23rd. Originally, I had set a goal of $900 for self-managed hosting so I didn’t have to deal with all the extra baggage that comes with running the site but will settle for what I have, which is a shared hosting environment (meaning I share my space with countless other users that limits my ability to perform even the simplest of remote tasks) but I can live with that. That’s $300 and another $200 for the SSL but that doesn’t come up until November and I’ll cross that road when I get to it.

I’d be nice to finally take full control of my domain as there are a multitude of folks either trying to outright steal it (the Chinese) as recently happened or are banking off my name and actually making money doing it (this guy DJ Party Favor) who has now officially dropped the “z” from his name but there are still countless others. No one can license the name because it’s been in use on the internet in some business capacity since at least 2007 (verifiable) so the copyright office won’t allow its use unless I apply for it. The cost for that is $325 for three years. It would be nice to raise this money but not the end of the world.

As ya’ll know, I don’t advertise, go way out of my way to protect your privacy, tolerate TOR access to the site and don’t force you to use your real name or a valid email address to sign up. In short, I rely heavily on donations to keep this thing running.

Due to recent circumstances beyond my control, I am drowning in medical debt and Rick and I are moving to a new apartment on May 13th that better accommodates my needs as a disabled person. In addition to running the site and all of the hidden monthly charges that go along with it, I just cannot afford to shell out the money this year.

As a result, I’ve lowered my goals to meet the minimal standards to keep Party Favorz alive for at least another year. After all, we’re in our 10th year of being your one-stop shop destination for all your dance music needs. I am really counting on you folks to help pull me through this but if not, no hard feelings.

In the interim, I’ve got two brand new sets dropping tomorrow and Friday. When I said I was on fire, I meant it.

After that, I’ll do my best to eek out some Diva Series with the assumption we won’t meet our goals by the end of the month. For now, sit back and hang on tight because we’re in turbo drive.

The direct download issue that affected all episodes from The Ultimate 90s House Classics forward has been resolved. This was a mobile …Read More, Stream and Download

The 90’s Classic House series is part of a seven series featuring some of the biggest, and I mean biggest house club …Read More, Stream and Download

It’s that time of year again and Party Favorz needs your help to keep partyfavorz.com up and running. As you can see …Read More, Stream and Download 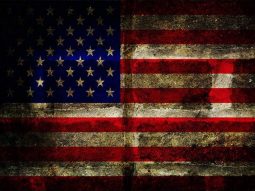 Going forward, I want to let everyone know that Party Favorz will continue on to the best of my ability. I also …Read More, Stream and Download