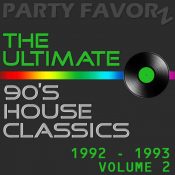 Party Favorz is serving up a heaping pile of 90’s House Music classics with volume two of the year’s 1992 through 1993. There’s a boatload of dancefloor sizzlers and number ones in this set that I’d be hard-pressed to pick any favorites.

This set kicks off with the glorious “Love You All My Lifetime” by goddess and previous Diva Hall of Fame inductee Chaka Khan quickly followed by another inductee Martha Wash (“Give It To Me”) who was fresh off her work with Black Box and C + C Music Factory that parlayed those massive successes into a record deal.

Lil’ Louis who already had a string of successes starting with “French Kiss” in 1989 (featured on volume three of 1988 – 1992) generated two chart toppers with “Club Lonely” and “Saved My Life” (featuring Joi Cardwell) from his brilliant Sony Music sophomore effort “Journey With The Lonely.”

We also get introduced to new artists like Saint Etienne (“Nothing Can Stop Us”), Opus III (“It’s A Fine Day”), Sunscreem (“Love U More”), and Blue Pear (“[Can You] Feel the Passion”) all of who found massive success on the dance floor and the charts. 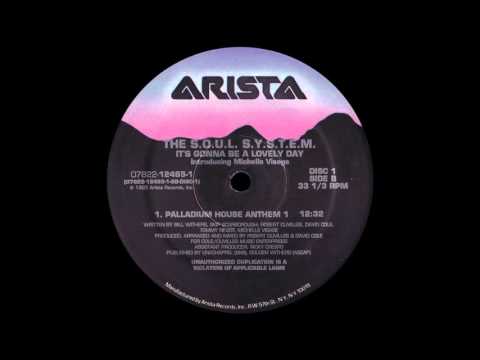 Perhaps the biggest smash in this volume is “It’s Gonna Be A Lovely Day” by The S.O.U.L. S.Y.S.T.E.M. a product of C + C Music Factory featuring the vocals of Michelle Visage. The song was originally featured on mega-selling “Bodyguard” soundtrack and went on to be a certifiable worldwide smash on the dance charts.

After refreshing my memories on many of these tracks — it dawned on me that there was a period of time when many of the biggest hits never had a break in the middle nor the end to mix out of. This doesn’t make it impossible to mix tracks (unless there’s a DJ friendly edit by Ultimix or Hot Tracks) as long as there are enough songs that have them. In fact, none of the songs featured in these sets have a middle break to transition out of as if it fell out of favor with DJs at the time. It was used extensively in the 80’s and makes a comeback later in this decade before falling out of favor again in the mid-millennium with the spotifycation of quick radio edits (don’t get me started).

Overall, I’m really stoked about how well these sets are turning out. The mixing is flawless, the music is EPIC and the remastering of these timeless treasures is a time-consuming effort but well worth it.

We’ve got one more set to go for this two-year period and will pick back up with 1994 – 1995 in January because I’ve got to get back on track with fresh releases in Dance Club and Circuit & Anthems before closing out the year with our annual Top Dance Club Songs of the Year and Blow Your Own Horn series.

At the moment, I realize that life can feel pretty bleak for many of you but I assure you, there’s light at the end of this tunnel. Just know that Party Favorz is here to help you get through it all. It’s my promise to keep myself safe so that I can be that one constant in your life that hasn’t changed. Until the next time…ENJOY!

I want to give a MASSIVE shout out to our longtime friend Anthony S. for his generous donation. I’m sorry I didn’t mention it earlier but I was going through some email reconfigurations that screwed everything up for a hot moment when it came through.

1. Chaka Khan – Love You All My Lifetime (Garage Mix with Strings)

9. Kathy Sledge – Take Me Back To Love Again (Shelter Me Mix)

17. Saint Etienne – Nothing Can Stop Us (Hot Tracks Remix)

21. Saint Etienne – Only Love Can Break Your Heart (Kenlou B Boy Mix)

We have finally reach the end of our tribute to one of the most prolific and unquestioned godfather’s of house music. David …Read More, Stream and Download

Continuing where we left off yesterday, the 80’s was a dearth of diversity in musical styles. The primary focus over these three …Read More, Stream and Download 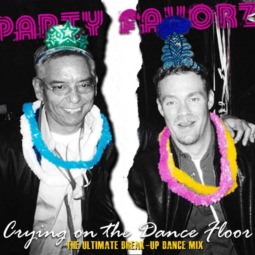 Yes, after 14 years together, Rick and I are calling it quits. I’m not going to rag on him because it takes …Read More, Stream and Download 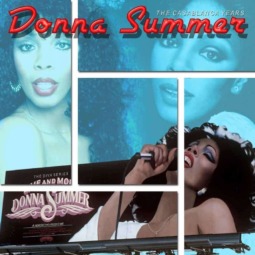 I remember the first time I heard the word “fag.” It came out of my mom’s mouth while I was watching an …Read More, Stream and Download