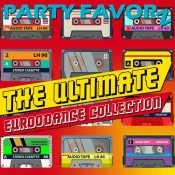 Eurodance is a genre of electronic dance music that originated in the late 1980s in Europe. It combines many elements of hip hop, techno, Hi-NRG, house music and Euro disco.

This genre of music is heavily influenced by the use of rich melodic vocals, either exclusively by itself or inclusively with rapped verses. –Wikipedia

The description of Eurodance by Wikipedia is pretty much on point. As Party Favorz has said before, most genres rely heavily on previous styles, which in turn relied heavily on previous dance music trends. These days people would say that it’s cultural appropriation as all dance music has it’s roots in the blues as much as rock and roll does. In fact, you can draw a parallel line from one genre to the next and hear the influences in various artists own creations.

Eurodance is not overly broad though there are some tracks that come in at a slower beat, the majority tended to by 130 BPM and higher. This style of dance music was at its commercial peak during the 90’s but switched gears to what would now be referred to as Hard Style, where the BPM was pushed as high as 145 BPM in the early millennium. While not a novel ideal, popular tracks like “Heaven” by DJ Sammy, “What It Hurts the Most” by Cascada and “Listen To Your Heart” by DHT were all massive pop ballads before getting the neck-pain inducing overhaul provided by contemporary eurostyle makeovers.

This re-translation of pop ballads has been going on since the 70’s when Donna Summer reworked Barry Manilow’s  “Could It Be Magic” and Richard Harris’ “MacArthur Park” and Viola Wills’ disco reinterpretation of Gordon Lightfoot’s “If You Could Read My Mind.”  Even the Almighty music production house created a worthy Hi-NRG remake of Diana Ross‘ “Touch Me In the Morning.” Of their remixes, I’ve included their re-work of the Bonnie Tyler classic “Total Eclipse of the Heart” by Nicki French which was a massive floor-filler at the time.

The Ultimate Eurodance Collection contains every single major release (in the United States), which most of us remember from being hammered at radio, MTV and our favorite clubs. I took some licence and mixed in a few House Music, Trance, Hi-NRG and Techno tracks to balance out these sets. However, make no mistake — all your Eurodance fantasies are contained within these four volumes.

Even though I took a different approach when putting these together than my previous efforts — I have to admit that they came out quite stellar. There’s a lot of sugar, cheese and syrup contained here but at least I can look back and say “yeah, that was a thing and I danced my ass off to these songs so fuck you!”

I’m finishing up volume 4 today and plan on staggering these out the rest of the week. Until the next time…ENJOY!

I want to thank one of our longtime followers Marshall for guilt-tripping the puritan in me into swapping out the The KLF feat. Tammy Wynette “Justified & Ancient (Stand by the JAMs)  with the correct version. The version I used was the original version from 1987 with vocalist Maxine Harvey. I must have listened to this set 5 times before giving it my seal of approval and don’t know how I missed that. Nevertheless, it’s now been corrected.

9. Chyp-notic – Nothing Compares To You (The Ultimate Dance Version)

We have finally reach the end of our tribute to one of the most prolific and unquestioned godfather’s of house music. David …Read More, Stream and Download 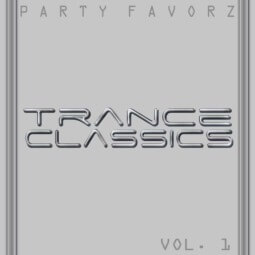 David Morales Legacy pt. 2 delves into the more commercial aspects of his career. Many of these songs were wildly successful not …Read More, Stream and Download