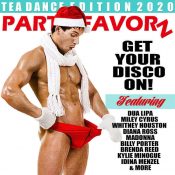 Between 2008 and 2009, Party Favorz created a series called the “T-Dance Edition,” which in hindsight hues more towards what is known today as Disco House. You may ask yourself what the difference is between the two so I’m here to set you straight (no pun intended).

Tea Dance used to begin as a brunch party with mimosas and later evolved into a late afternoon Sunday party that went on into the early evening so gay men could get their disco on and still be in bed early enough for work the next morning. Over the years, the tradition had pretty much faded but is still in place in various metropolitan areas around the country. In fact, you’ll see Barry Harris frequently playing at many of these events and Houston’s Dirty Disco (who own their own club) has also maintained the tradition.

The past few years have brought out more vocal disco house tracks typically associated with these weekly events as opposed to the big room tribal house you normally expect. Because music has evolved, you can still throw in some modern future house tracks that have a younger gay appeal and still keep your audience.

A good example from this set is the AWESOME Matt Consola, Aaron Altemose and Brenda Reed collaboration on “Every Moment.” Every thing about this track screams GAY. For this set I closed it out with the house-friendly remix by Larry Peace but the Russ Rich and Andy Allder club mix is equally fantastic as a future house track that maintains all the uplifting elements that make this song so fabulous. Peyton’s fantastic “Things Can Only Get Better” is another fine example of this balance as well though I went with the Eric Kupper remix since that’s who jumpstarted Peyton’s career.

It had been my intention since last year to resurrect this series but I hadn’t gotten around to it until now. Since I hadn’t been doing my duty of setting aside the tracks that showed up in DJ services, I had to go by memory and pulled some tracks from the past two years that I may have mixed in with my Circuit & Anthems series because at the time — I had no place to put them and ended up leaving a lot a great songs on the cutting room floor.

In this first edition, you will find current songs, updated 70’s, 80’s, and 90’s classics, new songs that sample familiar beats from previous eras and lots and lots of DIVAS. At the moment, the hot song on everyone’s radar “Finally” by Shapeshifters and Billy Porter is the only crossover track that will show up on the forthcoming Disco House set to be released in a couple of weeks. Otherwise, the Tea Dance Edition will focus on more gay-friendly vocal house with elements of disco. 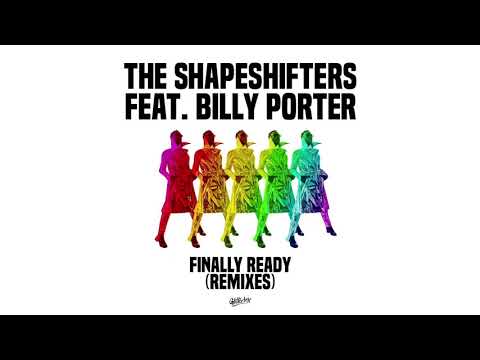 I had raved about the output from Nacho Chapado and Ivan Gomez in my last post and there’s another area these guys have been targeting with their Disco Gurls moniker, which are club-friendly samples of classic tracks or reimaginations from whole cloth for today’s dancefloors. They’ve taken a very similar track that Almighty has done with their own hi energy remixes and are hitting it out of the ballpark.

Only because Party Favorz understands our audience that I’m confident this set is gonna be massively popular and you can look forward to future releases under this sub-genre. While it can appeal to anyone who enjoys Disco House, it’s targeted predominantly at gay men so I’ll keep it listed under the Circuit & Anthems genre possibly creating a subgenre for y’all so everything is collected in one easy to locate spot.

In the interim, Party Favorz isn’t finished delivering the December party sets. In fact, there are a ton of goodies and stocking stuffers Santa has lined up for the remaining 20 days of Christmas. Until the next time…ENJOY!

Anyone interested in a brief history of the Tea Dance —  “The Very Gay and Interesting History of the Almost Lost Tradition of the Sunday Tea Dance” is an excellent read.

7. KYGO x Tina Turner – What’s Love Got To Do With It (Dirty Disco Eagle Houston Remix)

15. Peyton – Things Can Only Get Better (Eric Kupper Extended Mix) 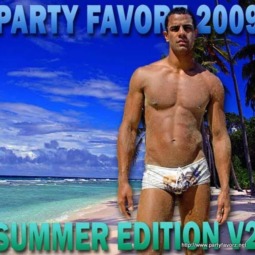 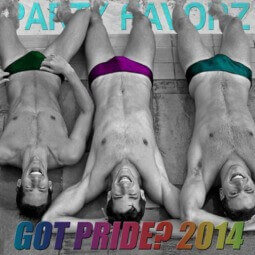 With all the work, headaches and overall general crap trying to get Party Favorz moved over to WordPress and Libsyn, my new …Read More, Stream and Download 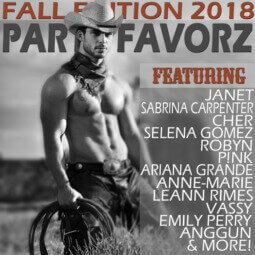 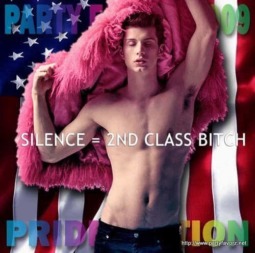 Okay, folks, we’ve got a BIG week ahead of us.  Starting today, you get one Pride mix a day through Friday.  The …Read More, Stream and Download