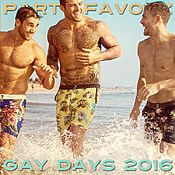 Here to make your weekend even brighter, I’ve decided to upload the quite awesome Gay Days 2016 circuit mix. This set is so slamming that if I sit on it another week, I’ll end up mucking it up with some new tunes that come out over the next few days and better to leave perfection alone.

I kick it off with the welcome return of Billie Ray Martin’s latest The Glitter Gutter. Vocally, she’s never sounded better and the dark underpinning of the lyrics suits Offer Nissim’s Dramatic rendering.

PA hottie Jason Walker’s So Happy finally has some newer mixes I can sink my teeth into. Though the Moto Blanco mix does the best justice to this uplifting song, Toy Armada and DJ Grind get huge props for taking it up a notch without getting bogged down in boring repetitive beats that totally lose the essence of the original. Not trying to rag on the other DJs on this two-set release but seriously, you need to step up your game.

Rupaul and AB Soto hit all the right notes with the fun Cha Cha Bitch, while Spin Sista truly deliver the anthem in Meghan Trainor’s huge No.

Ari Gold really brings it to the floor with his latest Turn Out the Night while DJ Maycon Reis surprises with Lost and Found by Ellie Goulding. In fact, I’d keep an eye on this guy because it’s clear he has the ear and the skills to churn out some monsters.

DJ Ranny continues to amaze with his remix of I Don’t See Them by SR. I am really impressed with his work lately since he appears to be pulling out some truly original vibes not typically found in your run of the mill circuit tunes though we are still partial to his tribal Latin beats when it’s required.

There’s no need to mention Barry Harris since we all know how I feel about him. I will say that his bootleg re-work of Beyonce’s Freedom is spectacular; so much so I passed on the dredge that is her duet with Drake.

I do need to mention that the cover art is lifted from a photo shoot for AussieBum. I usually go for the sexier hot guy pics but was carrying over the summer theme from yesterdays EDM Sessions. The only problem is that the more I look at this photo, the more it looks like a postcard or advert for Key West or some other hot gay vacation spot. A little too happy and campy if you ask me or maybe I’m just a cynic. Then again, Key West is a lot of fun if you’ve never been.

That’s all I got for now. Not sure where I’m heading next on releases until we get into Pride season; even then, I don’t have my plans drawn up but am pretty confident I’ll work it out over the next few weeks. 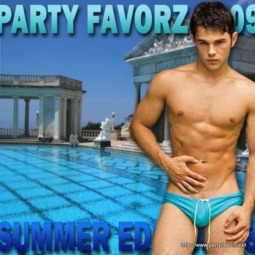 Life certainly changes at a whims notice.  In the spring, I had announced my intent to go back to school.  I had …Read More, Stream and Download 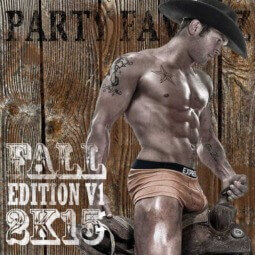 Happy Saturday!  I’m back after an extended break from the site with this year’s Fall Edition.  Anyone that’s followed Party Favorz for …Read More, Stream and Download

SURPRISE! Party Favorz is back with the annual Winter Edition 2020 and boy oh boy is this one a monster! This non-stop …Read More, Stream and Download 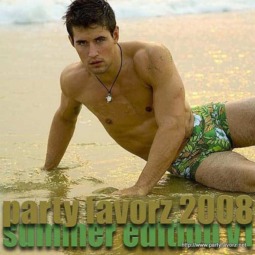