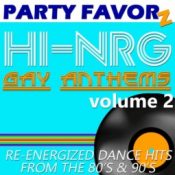 Sorry, I’m late posting this morning, but I was up late and slept in. Party Favorz is delivering volume 2 of Hi-NRG Gay Anthems where I step up the beats and deliver the fun!

Obviously, I’ve taken some liberty in the track selection like the Diana Ross “Touch Me In the Morning” was re-worked in the early millennium but was originally re-recorded in 1985 by Lydia Steinman. “Your Song” by Elton John (which closes this set out) was never re-recorded (to my knowledge) but re-done by Almighty with Elton re-singing the vocals in the early millennium as well. Same goes with Olivia Newton-John’s “I Honestly Love You.” Regardless, these tracks fit in nicely with the overall theme and feel of these sets as if they were true to the time period.

The intro to this set was the hardest thing I’ve encountered so far. Using the original version of Divine’s “Shoot Your Shot” and mashing with Male 2 Male’s “Male Stripper” wasn’t working so I had to drop it into another software to get it to pan out. If beats seem slightly off, it’s because of the original mixes, are not up to par with today’s technology at the time. Regardless, I thought it came out really well.

In the first post, one of our followers Ivan mentioned that the 90’s was his cup of tea. While half of these sets contain 90’s classics, they are the originals re-worked with a modern-day sensibility. That being said, I want to let him and everyone know that if you are a recent convert to Party Favorz, there is so much under the hood, you’ll be surprised at what you find if you dig a little deeper.

With the latest re-design of the site, I’ve taken great pains to make navigating as easy as possible. For instance, the 1990’s dance music scene was vast. While House Music was the predominant staple, there are a variety of genres and subgenres that were popular in that time period. If you hover on the primary category “Dance Classics” from a PC or laptop, you’ll find subcategories that narrow your search down. Trash Disco (70’s and 80’s), 80’s Dance, 90’s House Classics, 00’s House Classics, Eurodance and Trance (both from the 90’s).

If that’s still not what you’re looking for, try hovering on “Year In Dance” which goes back to 1996. The dropdown there lists each year so you can focus specifically on where your interests lie. In I’van’s case, I’d suggest starting with 1999, which has been the best received and was the year of some of the greatest circuit classics by Thunderpuss, Hex Hector, Peter Rauhofer, Jonathan Peters, etc. for that kind of music. 1998-1996 need to be updated since my tiny brain cannot remember everything in one sitting — I may get around to those at a later date but they are there for posterity’s sake.

You can navigate the site the same way on mobile and tablet by clicking on the accordion in the upper-righthand corner. There, a dropdown of all the categories will appear and an arrow will appear to the right of each one that has sub-categories that can also be easily scrolled.

I guess my point is, try digging just a bit and I think you’ll be pleasantly surprised at what you find as I’ve pretty much left no stone unturned when it comes to Dance Classics.

I want to thank Ignacio and Raul for their generous donations. They are always appreciated.

I’m guessing there are about two more of these sets, which I’ll post later this next week. That should be followed by a couple of Diva Hall of Fame re-entries that need to be refreshed before getting back into new Dance-Club, Circuit Tribal House, Funky House, and Underground House sets later this month. Until then…ENJOY!

4. Tina Turner – When the Heartache Is Over (Almighty Mix) 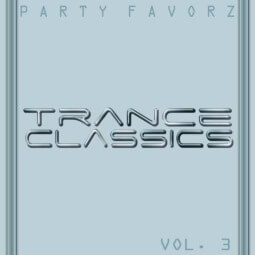 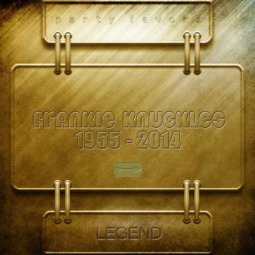 This set is part of a two set tribute to Frankie Knuckles.  You can view the Silver Edition by clicking on the …Read More, Stream and Download

Welcome to the final installment of the Trash Disco series. ‘Good Times’ had been put on hold due to the remaining songs …Read More, Stream and Download

As Loleatta once sang, I Am Ride On Time …LOL. Serving a cool treat for these ensuing hot days and in celebration …Read More, Stream and Download