I’m dropping the Spring Break 2018 set a week early due to familial issues back in Texas, which I’ll get to in just a moment. This set is compiled of the current top dance club hits or those that will soon be. As usual, Party Favorz is way ahead of the curb in the latest dance hits before they come onto your radar.

In fact, I’ve caught on to a trend that’s been consistent for a long while now. The Circuit Tribal House and EDM Dance Club sets I put out generates a lot of heat on initial release. This is from what I call the early adopters. Three months later, these very same sets explode even more as folks become more familiar with the songs. A good example is the Holiday Edition 2017 had been riding high for the past couple of weeks. That was released in December. I wade through hundreds of submissions from labels, DJ’s and charts for each compilation every month. I then research and compile the tracks I think will click with users. I throw in a few things that I know won’t but I’m really digging as the DJ’s pick. I’m not always right but overall I have a pretty damn good track record [pat on the back]. Don’t be surprised to see this set ride up the “Popular” list and then quickly drop down and then reemerge in June again at the top. It happens all the time.

Since I’m going to be out of the loop for awhile, I want to send out a friendly reminder that I’m trying to raise $183 for the website hosting that renews on April 12th. Currently, we are now at $96.00 with only $86 more to go. The way I see it is that the average number of downloads per episode over the past 12 months is approximately 1,000 users. Some are more than others but that’s the average. If just a quarter of you donated $1.00 towards my efforts for providing you with downtime pleasure I could easily make this up without the hassle of begging. That is, I would clear about .80 cents after PayPal gets their cut. I know we can do this. Once again, I’d to thank Ludovic D. (who has been more than generous this year) and Ignacio G. for their contributions. Please consider donating here.

In other news, my father is currently in in-house hospice care. He’s not expected to make it through the weekend. My mother has already made arrangements to move from Houston to the Dallas suburbs to be closer to my sister at the end of April. There will be two services for my father and I’m hoping to attend the second in Dallas so I can see my nephews and niece at that time. My mother wants to have his ashes sent from Houston to Dallas so they can bury him there. My father is my best friend and I’ve already missed our Sunday conversations as he spews his FOX news talking points and I counter with my liberal positions. This is a hard one for me and I’m not sure how I’ll handle it. Sometimes, I just dig into my work to provide a distraction.

I’ve already compiled the tracks for the next Underground House set and may just work on it shortly to have it ready as a stop-gap later in April. I just know I have to walk away for awhile but I will be back so don’t freak out.

There’s a lot going on this weekend with the March for Our Lives in DC headed by some very aggressively smart kids. If you live in the area, please get out and support them if you can. It’s time to take back our country. This is going to be followed up by a “60 Minutes” interview with Stormy Daniels on Sunday. I won’t go into the lurid details as this has been all over the news recently unless you watch FOX, in which case they don’t report the news only propaganda to satisfy those who choose live in their own non-reality based bubble.

I hope everyone has a fantastic weekend and enjoys their Spring Break whether it’s this weekend or next. Living close to South Padre Island, I always had a great time during Spring Break, though I won’t go into my escapades as I was a wild child unleashed. The stories I could tell. I’ll be back soon enough. Until then…ENJOY!

It ain’t 2020 until Party Favorz drops the final year-end dance club set that rocks the house! For the uninitiated, the annual …Read More, Stream and Download 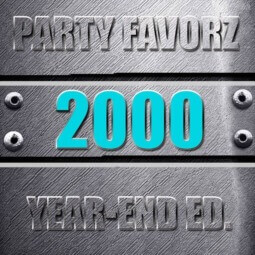 As I wrap up this last set from 2000, I can’t help but think about all the people and places I’ve left …Read More, Stream and Download 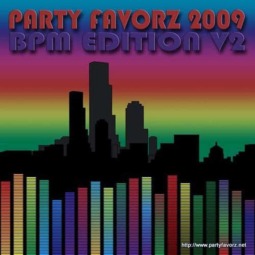 First, I want to apologize for any anger that may have been perceived in my last post.  It wasn’t my intention to …Read More, Stream and Download 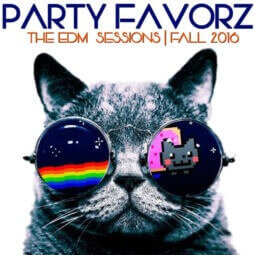 As you may be able to tell from the Party Favorz release schedule this week, I’m trying get everybody in the Fall …Read More, Stream and Download