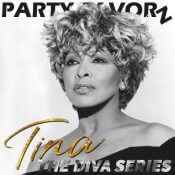 Tina Turner (born Anna Mae Bullock; November 26, 1939) is an American-born Swiss singer, songwriter, and actress. Known as the “Queen of Rock ‘n’ Roll”, she rose to prominence as the frontwoman of Ike & Tina Turner before launching a successful career as a solo performer.

From her time as frontwoman for Ike & Tina Turner to her 1984 breakthrough album “Private Dancer” it’s difficult to put into words the impact Tina Turner has had on popular music. From a fractured childhood, an abusive marriage that introduced her to the masses, 12 Grammy Awards, the first black artist (female or otherwise) to grace the coveted cover of Rolling Stone, an induction into the Rock and Roll Hall of Fame, a star on the Hollywood Walk of Fame to one of the best-selling artists of all time — Tina Turner’s accomplishments are an astonishing feat that most people can only dream of.

From 2008 – 2009, Turner embarked on a worldwide tour that sold out venues across the globe and declared it to be her last. Eight years later, she would return to the stage for her “Tina! 50th Anniversary Tour,” which went on to be the 9th highest grossing tour in 2009.

Tina Turner was a pop singer, soul singer and considered the “Queen of Rock ‘n’ Roll” for her raucous performances and reinterpretations of other artists works. It may seem odd that Party Favorz would induct her into the Diva Hall of Fame because she was not a disco or dance music artist.

Nevertheless, much of her music from the 80’s was available in extended dance versions popularized at the time. By the time the 90’s kicked in, it was not uncommon for pop and rock artists to be remixed for the burgeoning House Music scene. Sadly, much of her music didn’t really translate well to this format or at the very least it’s clear many of the big-name DJs at the time had difficulty with the transition.

It’s not clear how Turner felt about the remixes as none of them were ever a major hit until the release of “When the Heartache Is Over” from her final album “Twenty Four Seven” written and produced by the team that resurrected Cher‘s career with “Believe” the previous year.

However — not unlike say Stevie Nicks who is also inducted into the Diva Hall of Fame — Tina Turner is a gay icon with legions of gay fans thus the justification of her induction.

This tribute set strays from the normal way I mix things only because it spans decades of music in a variety of styles, genres and tempo. It was not possible to key everything together and so there was a heavy reliance on beatmatching to keep the flow consistent.

The Hex Hector remix of “When the Heartache Is Over” is included because it’s rare even though it appears to be unfinished. I went back and created a mixshow edit for a more cohesive mix. On the other hand, Soul Solution basically phoned in their remix of “On Silent Wings” forcing me to cut it down into a more manageable mixshow as well.

Overall, this set is a B+ in my book and likely the best anyone will get without re-working most of the tracks. It is meant for hardcore fans of which I know there are plenty because I’ve had a lot of you suggest it to me. It was Kygo’s rework of “What’s Love Got To Do With It” that finally got me to go back and look at these songs again.

Tonight, HBO is airing the much anticipated documentary “Tina” on their platform. Ms. Turner is now 80 years old and not in the best of health and this is a final farewell to remember the woman, her gifts, remarkable career and the much joy she has brought to the world during her 60 year career. It is my distinguished pleasure to honor the one and only Tina Turner into the Diva Hall of Fame. ENJOY!

2. When The Heartache Is Over (Metro Mix)

3. Foreign Affair (One In A Million Club Mix)

7. When The Heartache Is Over (Hex Hector Club Mix)

12. Whatever You Want (Todd Terry Mix)

18. Why Must We Wait Until Tonight (DJ DemiProducer Remix)

19. One Of The Living (Special Club Mix)

25. What You Get Is What You See (Extended Dance Mix)

I just received some last-minute songs for the Chrome Edition and decided to push that off until next week. I’m guessing there …Read More, Stream and Download 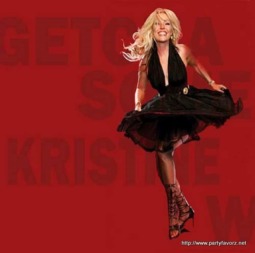 In 1996 I was having a rough patch (to say the least). My partner and I decided we needed to take a …Read More, Stream and Download

You had to know this was going to happen LOL. This set was more difficult than most to put together so I …Read More, Stream and Download